“Nebraska – It’s Not for Everyone.” That’s one of the more unusual tourist campaigns out there. But it came to mind Wednesday night at the Sons of Kemet concert. To start with, the band’s instrumentation is unusual: tenor sax, tuba, and two drummers. No vocals (although some of their albums feature guest vocalists here and there). No chording instrument like a piano or guitar. Not exactly Top 40 fare. But like so many esoteric things that are acquired tastes, taking the time to understand the nuances pays off. 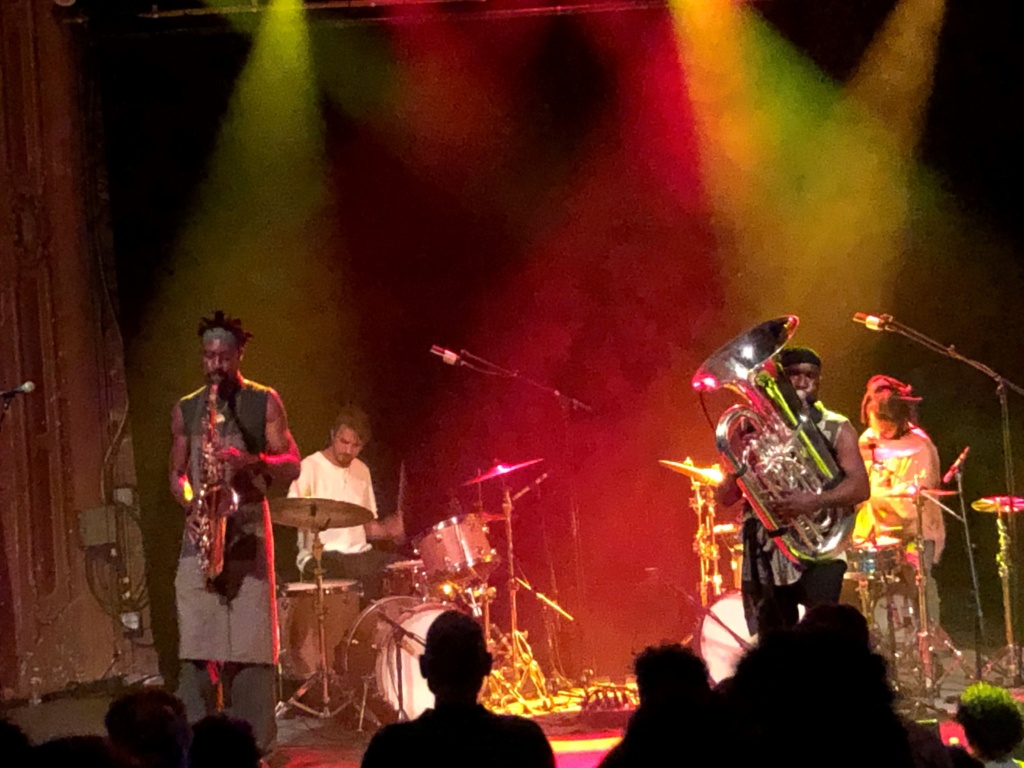 This English band is led by Shabaka Hutchings on tenor sax and occasionally flute. The band released its first album in 2013 followed by three more with the most recent in 2021. Earlier this summer, the band announced it would be splitting up after the current tour. So the recent Bluebird show will be the last for the band in Denver unless it regroups sometime in the future for a reunion tour.

Their music is an amalgam of jazz, afro-beat, world-beat, Caribbean and a little rock. With half the band playing drums, this is obviously rhythmic music. Sons of Kemet kept the nearly sold-out Bluebird moving most of the evening. Some tunes got a little bit funky. Others had a driving rhythm suitable for cross-country running or riding a galloping horse.

While the tuba may occupy a place in the popular consciousness right between hippos and elephants, tuba player Theon Cross is nimbler than the Bolshoi. He split his time executing intricate lines in unison with Hutchings and going off on his own counterpoint, interacting with the drummers and occasionally playing like a bass player in a jazz or rock band. The tuba obviously dwells in the bass clef, but Cross often flew aloft in a much higher register, perhaps like a flying elephant? 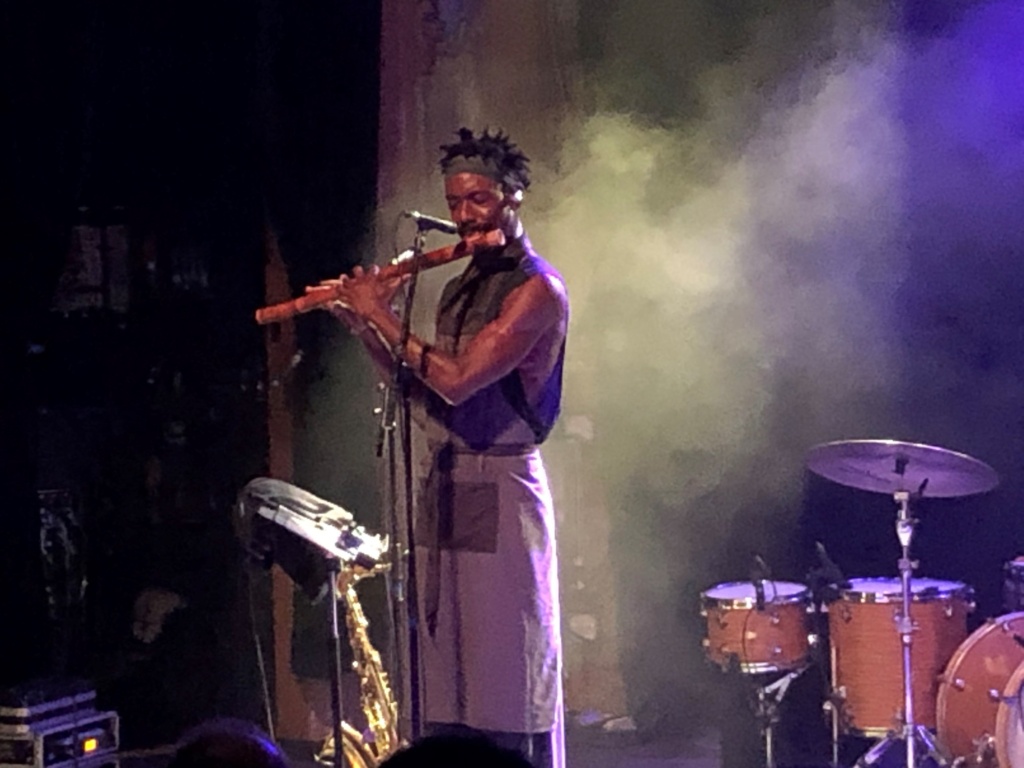 Hutchings is a man of few words. At the end of the band’s main set, just before the encore, he introduced the band. At the end of the show, he said this: “Thank you.” That was it. Otherwise, as they say, he let his playing do the communicating.

Sons of Kemet derives its name from ancient Egyptian culture. Hutchings was named after a Nubian pharaoh philosopher. All of that was a long way from Nebraska.

The opening act of the evening was Denver-based quartet Ramakhandra. They describe their music as coming from the other side of the multiverse. While it wasn’t possible to verify that claim by publication deadline, the band definitely has a unique sound. That starts with the unusual instrumentation starting with a harp out front. Not a harmonica, a real, live six-foot tall harp. Harpist Annastezhaa doubled on Koto, another unusual and ungainly instrument, this one of Japanese derivation. She also sang. 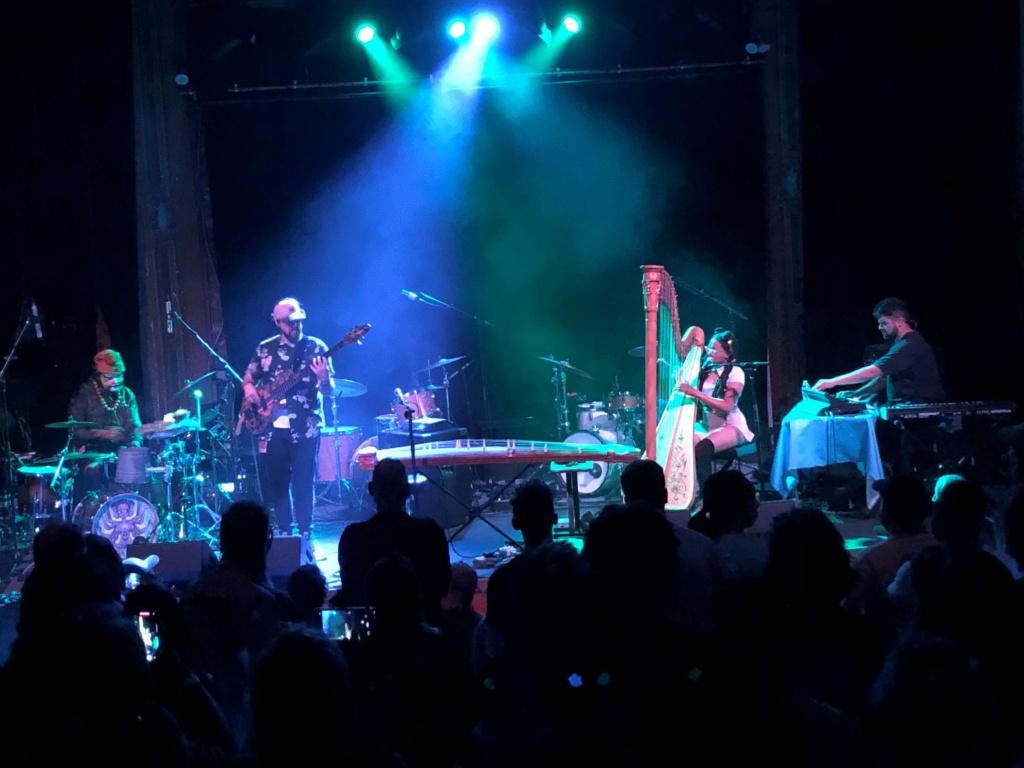 The rest of the instruments were more common, an electric bass, keyboard synthesizer, and drums, although the drummer performed wearing a mask. Not a COVID mask, but a type more commonly worn on Halloween. 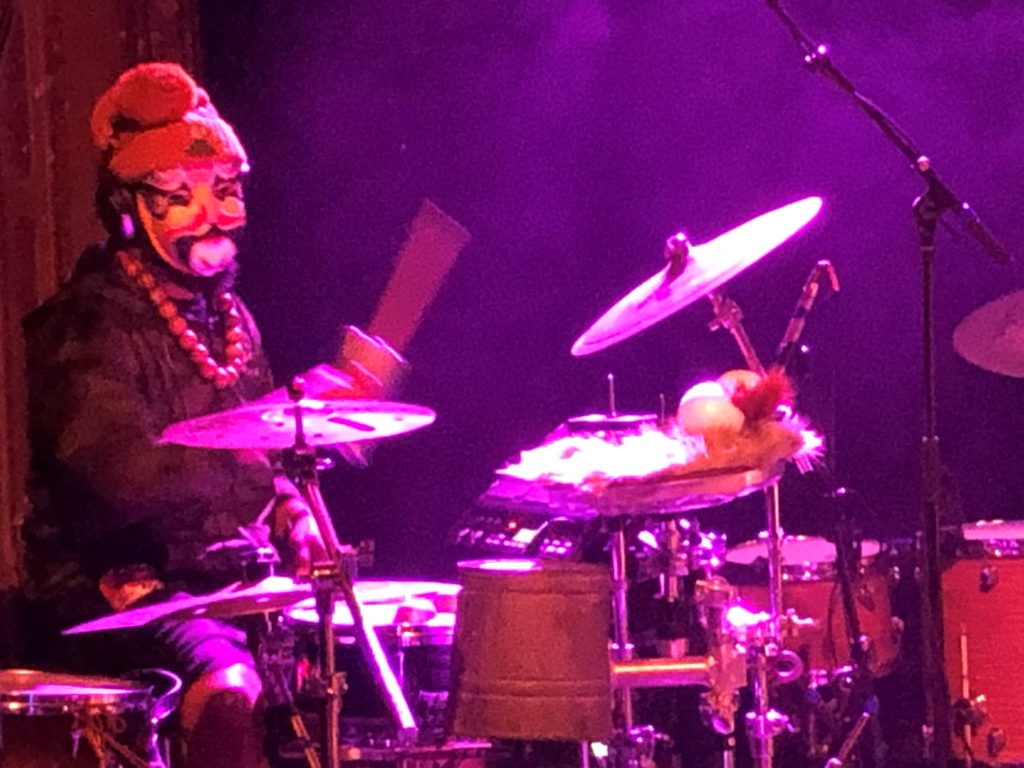 Ramakhandra’s music mainly falls into the modern jazz category but, of course, with some twists. Wednesday night, the masked drummer, Nobahdee (Nobody?) busily laid down the foundation with an ever-shifting groove, delayed beats and a fluid tempo. Clayto, on bass, helped punctuate the evolving rhythms, sometimes sticking with the drums, other times off on his own contrapuntal mission. The rhythm section flowed through quirky time signatures or no time at all. Eric Estrada (not the guy from TV’s CHIPS, he spells his name differently) provided atmospheric synth washes.

But the focal point was Annastezhaa with her plus-size instruments. The harp injects an angelic, otherworldly sound. Indeed, the liner notes on the band’s self-titled debut album offers “love all the way from Saturn.” It may be that Sun Ra’s excursion from Saturn to Earth was only an exploratory mission and now additional Saturnians are following on his contrails. Her vocals advanced the ethereal sonic virtual reality with the lyrics further contributing to the spacy motif with songs like “Andromeda Soup Dumpling.” 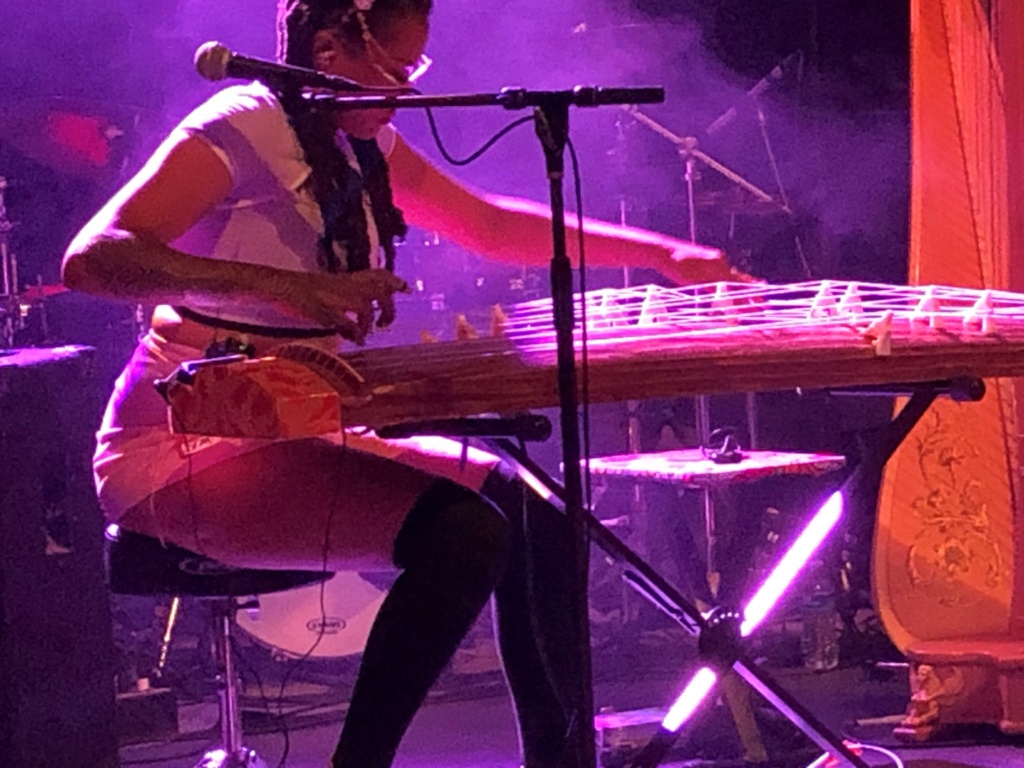 The doubling on harp and koto in jazz-oriented music brings to mind Dorthey Ashby who did just that in the 1950s and 60s. Ashby faced the double-whammy challenge of playing unusual instruments as well as being an African-American woman in the male-dominated jazz scene at the time. She recorded about a dozen albums and guested on many others, but never broke through to wide public recognition.

Similarly, both Ramakhandra and Sons of Kemet fall short of being household names. But that’s not their goal. It’s obvious these two acts are in it for art’s sake and are making innovative and exciting music but, as happens so often, it’s just not for everybody.