Ms. Aimee will be the in-studio guest of Ed Danielson this Saturday at appx 2:15pm!

Cyrille was primarily raised in France by a French father and Dominican mother. As a curious child in Samois-sur-Seine, she would sneak out of her bedroom window to wander into the nearby gypsy encampments filled with those attending the annual Django Reinhardt Festival. She quickly fell in love with gypsy music and way of life; years later she would sing on street corners with friends while traveling across Europe. While in the midst of one such odyssey, she found herself at the Montreux Jazz Festival, where she won first prize in the vocal competition – which included the financing of her first self-produced album. When Aimée audtioned for the Star Academy (a kind of French American Idol), she became a finalist. Informed she would have to sing only what she was told, her gypsy spirit rebelled—and in what was a cause célèbre she walked from the competition.She now happily tours the world with her band as well as in a duo setting with Brazilian guitarist Diego Figueiredo. Aimée’s talents also recently caught the attention of Stephen Sondheim, who cast her in an Encores Special Presentation at New York City’s City Center in November 2013. The New York Times referred to Aimée’s major label debut in August 2014, as “a bravura turn, presented with a smile.” 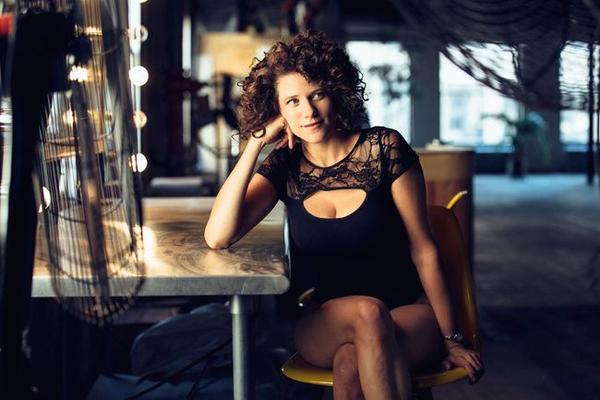