Most people lean toward a musical genre, or perhaps a few. But David Amram has maintained open ears and an open mind throughout his adventurous career.

Get a taste of Amram’s unique flavor and talent with his This Land CD, inspired by Woody Gunthrie’s “This Land is Your Land.” Composed and conducted by Amram and performed by The Colorado Symphony Orchestra, this CD can be yours when you make a pledge of less than $7 a month!

The Philadelphia native has traveled a vast landscape, embracing classical, jazz, opera, film and theater as well as a variety of instruments. A composer of more than 100 orchestral and chamber music works, Amram is also known for his inventive, funny and improvisational lyrics.

For more than 50 years, Amram has composed music while traveling the world as a conductor, soloist, bandleader, visiting scholar and narrator in five languages. 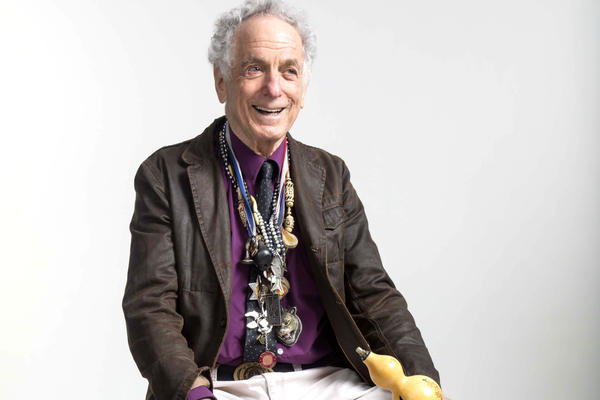