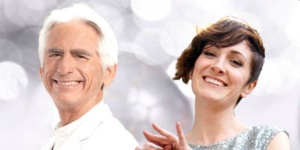 David Benoit with special guest Sara Gazarek will perform classics from Vince Guaraldi’s A Charlie Brown Christmas and familiar carols combined with Benoit’s velvety contemporary jazz piano to ring in the season on Thursday, December 12 at 7:30pm at the Newman Center for Performing Arts. The Grammy-nominated pianist and composer’s Charlie Brown roots go deep, from this Christmas tribute to a 5oth anniversary celebration of Peanuts scores performed in 2000.

For three decades, David Benoit has reigned supreme as one the founding fathers of contemporary jazz. But, like an actor who has been known primarily for one role, he wanted to show other dimensions of his artistry, influenced by Stephen Sondheim, Burt Bacharach, Dave Grusin and Leonard Bernstein.

Special guest, Sara Gazarek is blessed with a gorgeous, translucent voice, excellent pitch, and supple sense of time, Gazarek is steeped in the jazz tradition, but is not afraid to embrace the music that moves her generation.