“Days of Wine and Roses” | Stories of Standards

The movie “Days of Wine and Roses” came out in 1962 and was based on the 1958 teleplay “Playhouse 90: Days of Wine and Roses”. Both Mancini and Mercer said that once they had the title the words and music rolled out and couldn’t be written fast enough. The title was based on a poem by Ernest Dowson, well worth looking up. Andy Williams sang this on the film’s songtrack, winning a gold record, while Mancini and Mercer won a Grammy for Song of the Year and Academy Award for Best Original Song. The unusually realistic story of alcoholism’s varying effects on different people was summarized here, with hints of the tragedy ahead. Popular with singers, pianists, guitarists and the general public, “Days of Wine and Roses” continues to be played, heard and enjoyed.

Henry Mancini (1924-1994) learned flute from his father while growing up in Pennsylvania and studied at Juilliard; after World War II interrupted his studies he joined Tex Beneke’s band as a pianist and arranger. Moving on to Los Angeles, he worked on “The Glenn Miller Story” (1954), “The Benny Goodman Story” (1956) and Orson Welles’ “Touch of Evil” (1958), then went on to numerous film and television scores. He recorded over 50 albums, established several musical scholarships, received four honorary degrees, wrote an autobiography and appeared on a postage stamp in 2004.

Johnny Mercer (1909-1976) is ranked by many as the greatest American lyricist. He was forced to drop out of college when his father’s business went bankrupt in 1927 following the collapse of the Florida real estate bubble. Having vowed to settle his father’s debts he went on to found Capitol records in the early 1940s, sold his holdings in 1955 and sent a personal check of $300,000 to a Savannah Georgia bank to reimburse all his father’s creditors or their heirs, with interest. The list of honors is very long, including tribute in the book “Midnight in the Garden of Good and Evil”, a documentary “The Dream’s on Me”, “The Complete Lyrics of Johnny Mercer” with nearly 1500 lyrics and a statue in Savannah, Georgia. 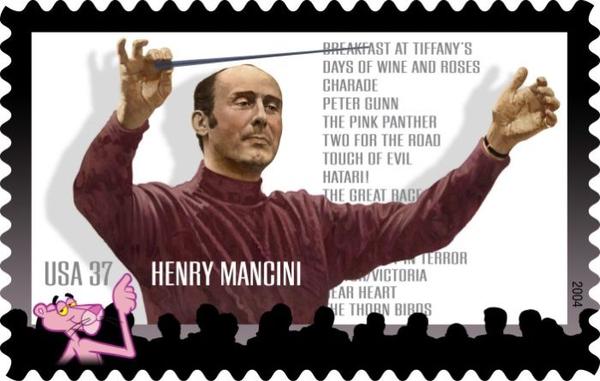