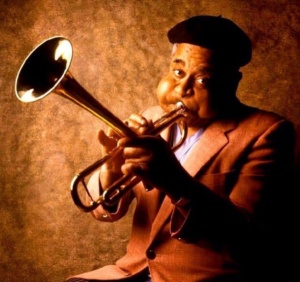 Starting on Wednesday, October 20, with ‘The brilliant Compositions of Dizzy Gillespie Through the Decades’ features Dizzy’s most popular hits as a composer and an arranger, including Salt Peanuts, Night in Tunisia, BeBop, Wood and You to name a few.

From 1984 thru 1993, John Lee was Dizzy Gillespie’s bassist. Performing and recording in the trumpet master’s various bands including the Dizzy Gillespie Quintet, Dizzy Gillespie Big Band, And Dizzy’s Grammy Award winning United Nation Orchestra. After Dizzy’s passing, his family asked John to create an ongoing tribute to the great man and his music – the concept for the Dizzy Gillespie All-Stars was born. 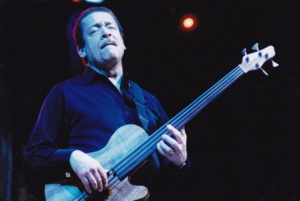 On Thursday, October 21, the early and late shows explore the many decades of ‘Dizzy Gillespie Afro-Latin Experience.’ Dizzy Gillespie is considered by many to be the creator of World Music because wherever Dizzy went, he would incorporate some of the rhythm or harmony from the region. Even though he had never heard the music before, he was such a great life-long learner of music that he was also able to teach it to his band members. 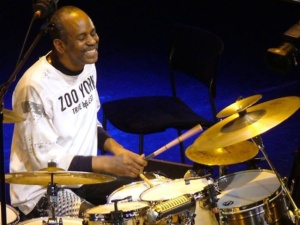 Tommy Campbell was born in Norristown, Pennsylvania. His father was an organist and singer, and his uncle is Jimmy Smith, the renowned Hammond B-3 master. After graduating high school he attended the Berklee College of Music in Boston, Massachusetts where he later returned as an instructor of drums and received the Distinguished Alumni Award. Tommy lived and worked in Paris, France in the 1980s. He later spent 13 years working in Tokyo, Japan. He has worked in the bands of Dizzy Gillespie, Sonny Rollins, John McLaughlin, The Manhattan Transfer, Kevin Eubanks, Jimmy Smith, Stanley Jordan, Tania Maria, Gary Burton, the Dizzy Gillespie All-Star Bands, and a host of other jazz greats. As an educator, Tommy has also taught at the Drummer’s Collective and The New School of New York City. Tommy plays in all five shows.

And lastly on Friday, October 22, the ‘Big Band Artistry of Dizzy Gillespie’…picture this: 18 musicians on stage to perform Dizzy’s Big Band songs.

The fabric of America is represented by who is performing: Black, white, Hispanic, young, old, and women. Students, staff, and alumni of the Colorado Conservatory for the Jazz Arts will be performing on stage. The lineups are inclusive because that was important to Dizzy and it’s important to Dazzle Denver. 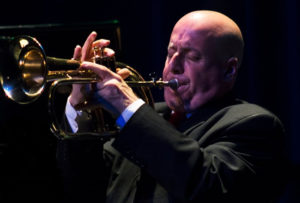 His Broadway credits include After Midnight, On a Clear Day, State Fair, Leap of Faith, and The Life.

As a studio musician he has played on You’ve Got Mail, Glenn Garry Glenn Ross, Naked Gun 2 1/2, and Bullets over Broadway, as well as playing sports theme music for the NFL, NHL, and for MLB. He has appeared on the David Letterman Show and on Good Morning America with pop music legend Paul Anka. He has been on the faculties of Julliard, Manhattan School of Music, University of Miami, University of Northern Colorado, and the Colorado Conservatory for the Jazz Arts.

For tickets and more information visit Dazzle at Baur’s