Tory Lanez hit Instagram this weekend to discuss a very important conversation in hip-hop – colorism. The Canadian rapper posted a behind the scene clip of a video shoot for the new single “Good Love,” with a powerful caption about protecting the integrity of the industry and supporting women of color.

“IT IS OUR RESPONSIBILITY AS ARTIST TO STAND UP AND NOT LET THIS HAPPEN .. it’s BEEN time to embrace our woman of color #BlackIsBeautiful,” – the Canadian rapper said in his Instagram post.

This is an On -Going problem in our community of entertainment that needs to stop . As a black man , Sometimes I’m going to joke about the black community just like we all do . BUT WHAT IM NOT GOING TO DO IS ALLOW ANY OF THESE DIRECTORS TO DE-VALUE OUR BLACK WOMEN … countless times I’ve seen directors swap out our women of color for women of lighter complexion, or women with straighter hair ETC . … IT IS OUR RESPONSIBILITY AS ARTIST TO STAND UP AND NOT LET THIS HAPPEN .. it’s BEEN time to embrace our woman of color #BlackIsBeautiful

However, the model he claims to have stood up for is claiming it never happened.

“Where is the scene then if @torylanez wanted me so bad?!!! #fakenews,”  Sultry Shen said on her Instagram story. “Tory asked for both me and the light skinned girl to do solo shoots. When it was her turn, he said cut the video to make it appear as if it had something to do with race. I know the directors very well,” Shen said.

The model and rapper have been going back and forward on Instagram. Shen is stating that Lanez and his friends are allegedly bullying her. 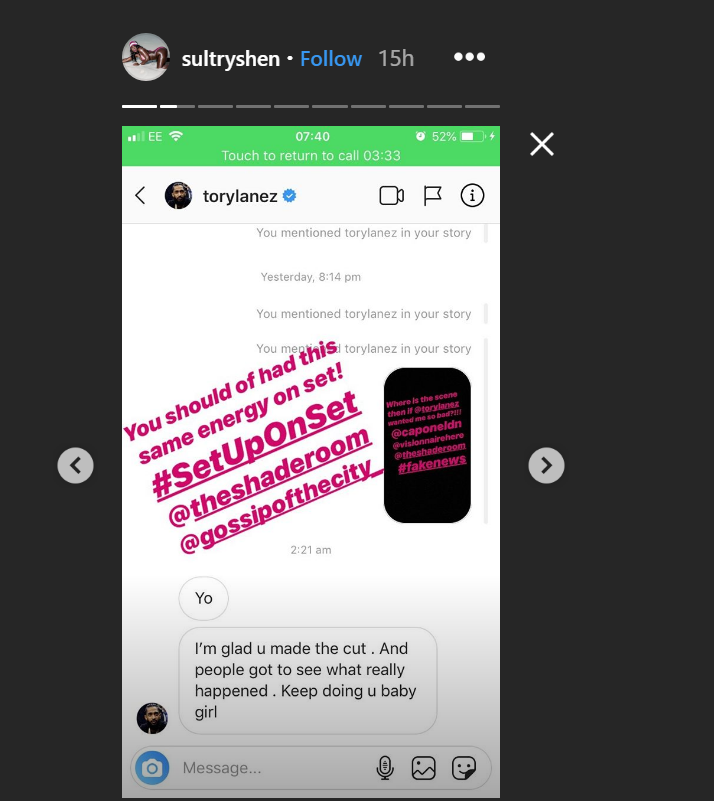 The two are playing “he said, she said” on Instagram while the rest of the internet is confused about what actually happened at this video shoot. Fans are outraged at the idea that Lanez faked the incident for his personal gain.

Shen is sticking to the story that Lanez fabricated this clip for clout. Lanez maintains his innocence. What’re your thoughts, did Tory Lanez set up a fake clip to discuss colorism? Will this stunt facilitate the conversation of changing the standards of beauty within the music industry?