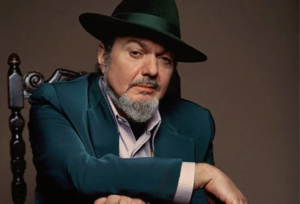 The music legend, guitarist, piano man, jive talker and psychedelic godfather Malcolm John Rebennack – better known as Dr. John – died “towards the break of day” on Thursday, of a heart attack. He was 77.

That last bit of information was something only discovered, or at least disseminated, late last year, in fact: in his fantastical 1994 autobiography “Under the Hoodoo Moon,” Dr. John had declared his birth date as “just before Thanksgiving 1940.” But in a column for the Times-Picayune published in November 2018, author John Wirt unearthed a birth announcement from the same paper 77 years earlier: Mac, as he was colloquially known, was actually born November 21, 1941. The factual fluidity was, in its way, appropriate to an artist who lived and worked in the shifting, hip space of the trickster, and also to one who was as iconic of New Orleans as Louis Armstrong, to whom his final album, 2014’s Ske-Dat-De-Dat… (The Spirit of Satch) was a tribute. (Armstrong’s real birthday was misrecorded for decades, too.)