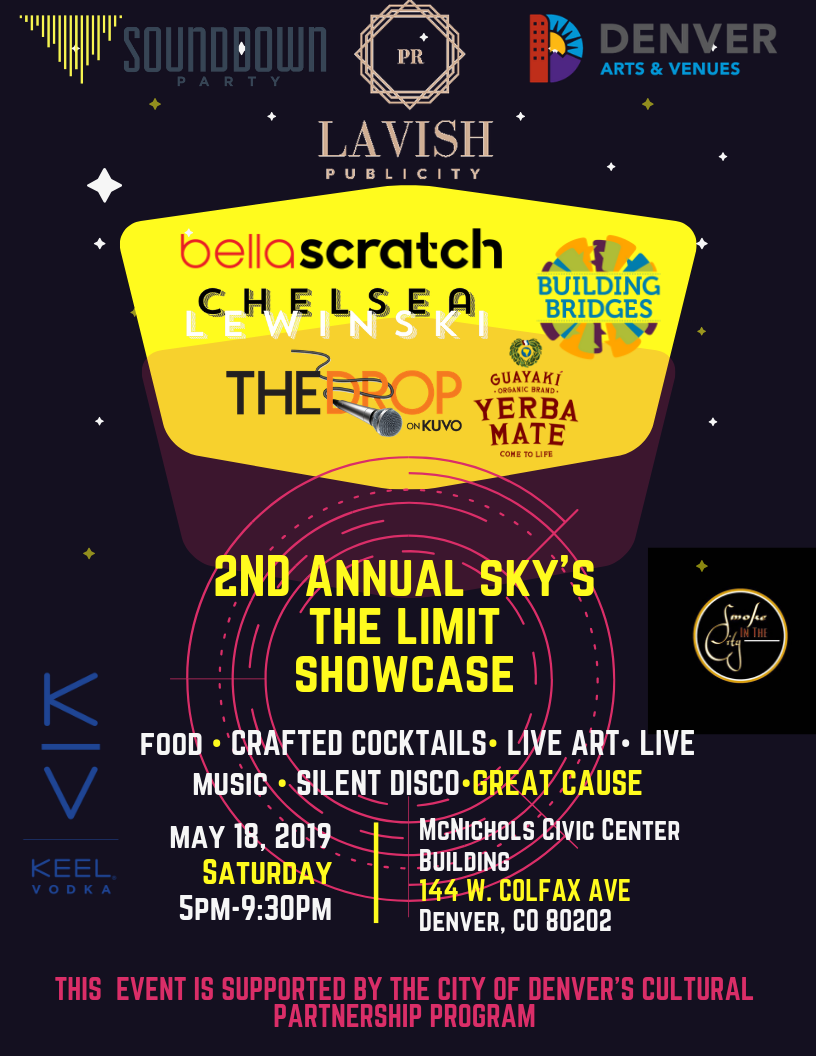 The 2nd Annual Sky’s The Limit Showcase is an annual foster care awareness event that utilizes art, music and expression to bring the community together to find resolutions that serve at-risk youth. We’re back at McNichols Civic Center Building on May 18th from 5pm – 9:30pm.
Sound Down Party is sponsoring the Silent Disco hours from 5-8pm. DJ Bella Scratch from THE DROP on KUVO will also be spinning during the silent disco. We will have live art by Chelsea Lewinski who will be creating a painting during these hours. The official lineup will be announced Monday 4/29/19. Live performances by Rachel Bailey and Napalm from 8:30pm-9:30pm. KEEL vodka is the official liquor sponsor serving crafted cocktails all night and food will be catered by Smoke in The City.  RSVP on Facebook by clicking here. Snag your $10 Ticket to this spectacular event by clicking the link here. The show announcement press release can be found here.
Last year’s event was covered by 5280 Magazine and Westword Magazine as well as CPR radio and iHeart Radio’s 106.7 The Bull. The event featured live art by Donte Janae, and music performances by Lee Clark Allen Band, DNA Picasso, Swank Sinatra, and CAP 6.
$10 GA TICKETS – Entry to venue at 6:30pm, silent disco party, 1 ticket for food + unlimited beverages$30 VIP TICKETS – Early entry at 5pm, priority lounge seating, enjoy the silent disco 1 hour earlier than GA ticket holders, unlimited beverages and food, and a chance to win a gift basket from our sponsors