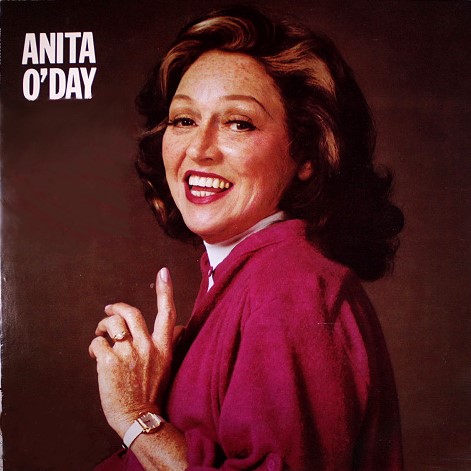 Anita O’Day is one of the most famous jazz vocalist of the last hundred years. Her style and swing has captivated audiences since her debut album This Is Anita in 1955. Yet Anita’s career started long before her debut album. Her early performing days began with Gene Krupa’s band, with “Let Me Off Uptown” as a staple with that group. O’Day continued to perform with big band throughout the 1940’s such as Woody Herman’s and Stan Kenton’s.

She released her debut record This Is Anita in 1955 on the new Verve label. That record took her career to new heights. From there, Anita sang in festivals and concerts with jazz legends like Dinah Washington, Louis Armstrong and Thelonious Monk. The 1958 documentary filmed at the Newport Jazz Festival helped Anita become an international star. Anita left her mark on the jazz scene through her powerful swing and unique style. Vocalists and audiences will revere her music for generations to come.