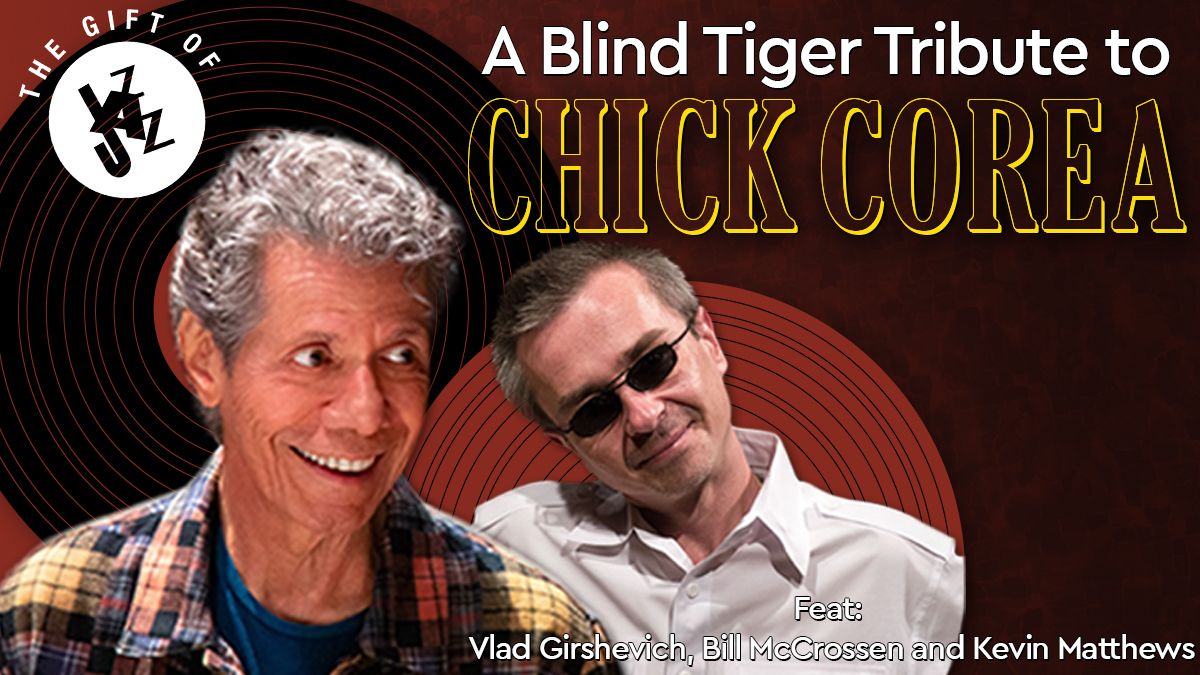 ARMANDO ANTHONY “CHICK” COREA began playing the piano at age four. Horace Silver and Bud Powell were his early inspirations, while he was compositionally drawn to Beethoven and Mozart. The list of world-class musicians he played with ranges from Cab Calloway to Béla Fleck, and Miles Davis to the London Philharmonic Orchestra. Chick released albums in every style imaginable: fusion, bop, avant-garde, Latin, orchestral and more. He is the fourth most-nominated artist in Grammy history, with 65 nominations and 23 awards. Chick Corea’s effect on the course of music across the globe cannot be understated. He brought a love, passion, and honesty to music that few have attained. The world was shocked and saddened to learn of Chick’s passing on February 9, 2021. His legacy and love still radiate from the exceptional recordings he left us, and music fans everywhere will be forever grateful for that.

VLAD GIRSHEVICH is originally from Uzbekistan and by age seven he had already taught himself to play pop songs with both hands! He spent eleven blistering years studying classical music at the Uspenski School of Music. After Uspenski, Vlad spent two years at the Tashkent State Conservatory, and then in the mid-1990s, his family emigrated to the United States. While playing in Aspen, Herbie Hancock heard Vlad and invited him to participate in the Thelonious Monk Institute at Jazz Aspen/Snowmass where he played with Jerry Gonzales, Arturo Sandoval, and legendary drummer Horacio “El Negro” Hernandez. Vlad is a staple of the Colorado live music scene. Today, Vlad plays in clubs, festivals, and other venues, locally and internationally. He has performed with Eddie Gomez, Bob Berg, Stanley Jordan, Ernie Watts, and David Kikoski just to name a few. In addition to his active playing career, Vlad teaches piano and music.

Blind Tiger events are intimate gatherings of jazz fans who come together to share not just the music, but also the stories behind the music, as presented by talented local jazz artists. A gourmet three-course meal and wine are always included with a vegetarian option available.

Seating is limited so make your reservation today!

To ensure the safety of all involved, Gift of Jazz requires proof of full COVID vaccination or a negative COVID test within 72 hours of our events for all concertgoers, event staff, and performers. Thank you for your understanding.