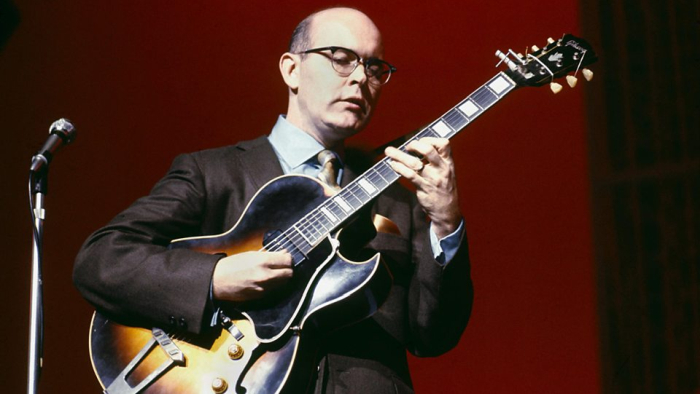 Jim Hall is probably one of the best-known jazz guitarists to ever play the instrument. His warm tone and melodic improvising would leave anybody swooning for more. He was born in Buffalo, New York in 1930 and later pursued music at the Cleveland Institute of Music.

Mr. Hall really began to take the jazz scene by storm in the late 1950s. The 1960s saw some of Hall’s greatest live recordings featuring the likes of Ron Carter, Paul Desmond, and Bill Evans. Mr. Hall’s playing continued to grow and evolve over the course of his career. He was playing and making music up until the end of his life, releasing a live CD at the Village Vanguard in 2012, just a year before his passing. Jim Hall strived to heal and bring love through his music and that is the memory we plan to honor with this tribute concert.

The Gift of Jazz Blind Tiger events are intimate gatherings of jazz fans who come together to share not just the music, but also the stories behind the music, as presented by talented local jazz artists. A gourmet three-course meal and wine are always included with a vegetarian option available.