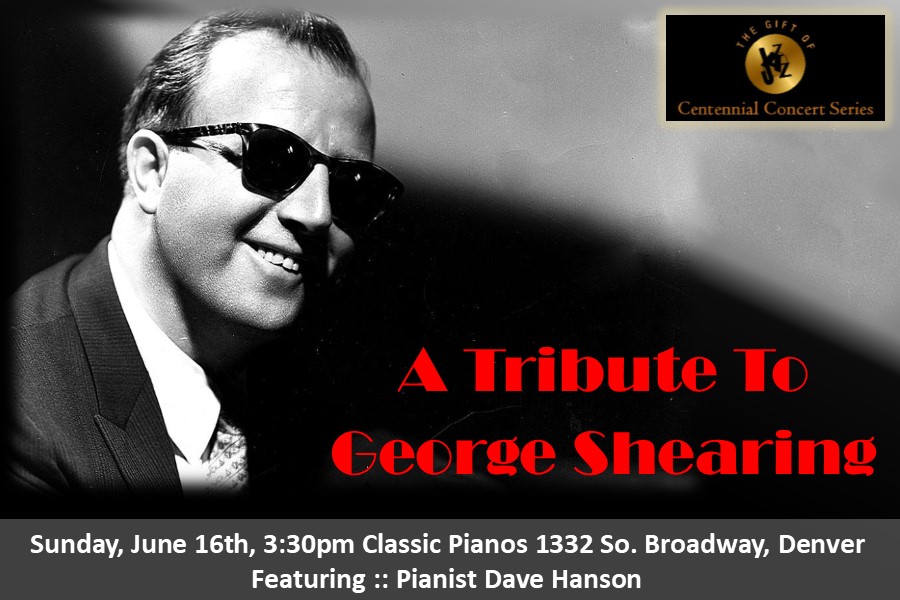 George Shearing was the youngest of nine, congenitally blind and only had four years of formal music training, but would rise to be one of the most virtuosic pianists of his age. His talent was recognized at a young age, as he was offered many university scholarships, yet Shearing chose to pursue performing at a local pub for $5 a week instead.

Shearing’s career really took off once he moved to America in 1947. His 1949 record “September in the Rain” launched him onto the national stage selling over 900,00 copies. George continued to perform most of his life winning two Grammy Awards in 1982 and 1983 for his recordings with Mel Torme. Mr. Shearing has also performed for three U.S. Presidents and received the highest honor from Queen Elizabeth II in 2007, a knighthood. Sir George Shearing will be remembered for ages to come as one of the best jazz pianists because of his jubilant melodies and lyrical playing.

Dave Hanson is an arranger, composer, and pianist who has written for a diverse range of artists and ensembles, including the Boston Pops, Cathedral of St. John the Divine in New York City, Denver Brass, Boulder Brass, USAF Falconaires, and Paul Winter.