A tribute to Freddy Rodriguez Sr and “Papi” Ray Pacheco.

The lineup includes surprise guests sitting in throughout the performances.

“Papi” Ray Pacheco – passed away April 3, 2021: Latin jazz percussionist Ray played many times with several different bands at KUVO’s Phyllis A. Greer Performance Studio. In more recent times, he performed with Neil Bridge 7+. He was one of the most beloved musicians of Denver, not only as a musician but as the kind, caring gentleman of the highest caliber that he was.

Freddy Rodriguez Sr – passed away March 20, 2020: Freddy Sr was a regular performer on the city’s most respected jazz stages, starting during the golden era of the Five Points neighborhood at the Rossonian Hotel, and continuing with LoDo institution El Chapultepec, downtown’s Dazzle Jazz, and the annual Jazz in the Park series at City Park. He and his Jazz Connection performed at KUVO’s Phyllis A. Greer Studio many times. 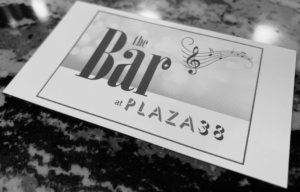 A Tribute to Freddy Rodriguez Sr and “Papi” Ray Pacheco