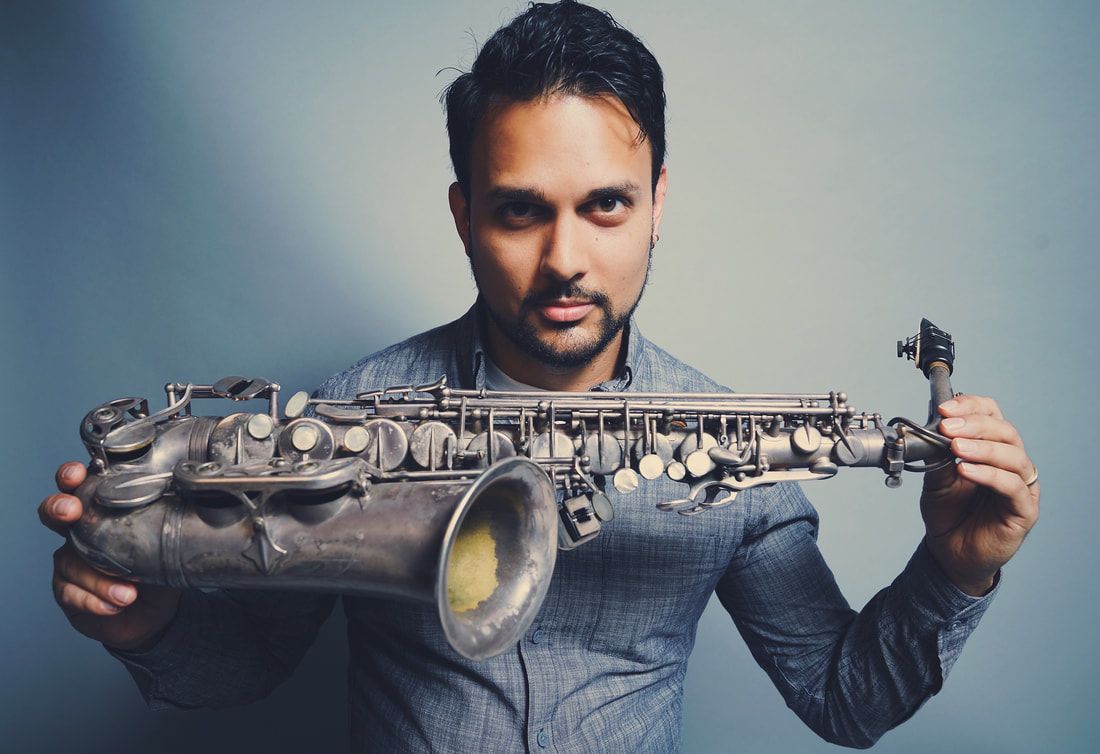 Brooklyn based Aakash Mittal – “a fiery alto saxophonist and prolific composer,” notes the Minneapolis Star Tribune – has created a strikingly evocative portrait of urban India with “Nocturne,” the first album by his Awaz Trio featuring guitarist Miles Okazaki and percussionist Rajna Swaminathan (who plays the mridangam and kanjira). The album, to be released September 10, 2021 via Bandcamp, summons the teeming sound world of nighttime Kolkata (formerly Calcutta). About the project, Mittal says: “I wanted to explore ‘night music’ as not only being meditative, calm and peaceful, but also being full of density, collision, friction and dissonance.