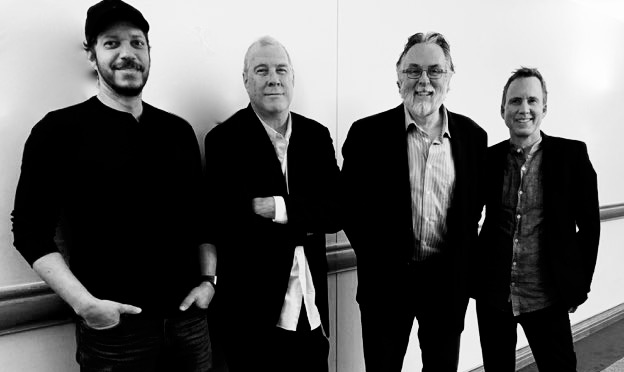 “Our mission is to make incendiary improvisational music..thru funk, jazz, rock, whatever, without bias”

Eric Gunnison has been based in Denver since 1980. He’s a pianist and composer that has led a distinguished career during which he has not only established himself as one of the mainstays of the Mile High City’s vibrant jazz scene as an instrumentalist, bandleader and educator.

Mike Marlier is in his 22th year as the Director of Drum Set Studies at Lamont. He started playing drums at the age of five, and hasn’t stopped. He has performed and recorded with countless artists and musicians, including Dave Grusin, Nelson Rangell, Benny Golson, Bobby Shew, Rob Mullins, the Neophonic Jazz Orchestra, Lee Ritenour and Stanley Jordan.

Eduardo “Bijoux” Barbosa was born in Sao Paulo-Brazil where he studied music theory and electric bass with Prof. Nadir Dos Santos. In Brazil he played with pop bands and Jazz Fusion oriented bands. He then moved to Caracas- Venezuela in 1991 where he worked with many well known artists. Besides studying Latin music, Bijoux also started his doublebass studies in Venezuela. He then moved to Denver-Colorado-USA in 1997 where besides staying busy with live performances, he is also one of the top studio musicians that can be heard on over 300 recordings.