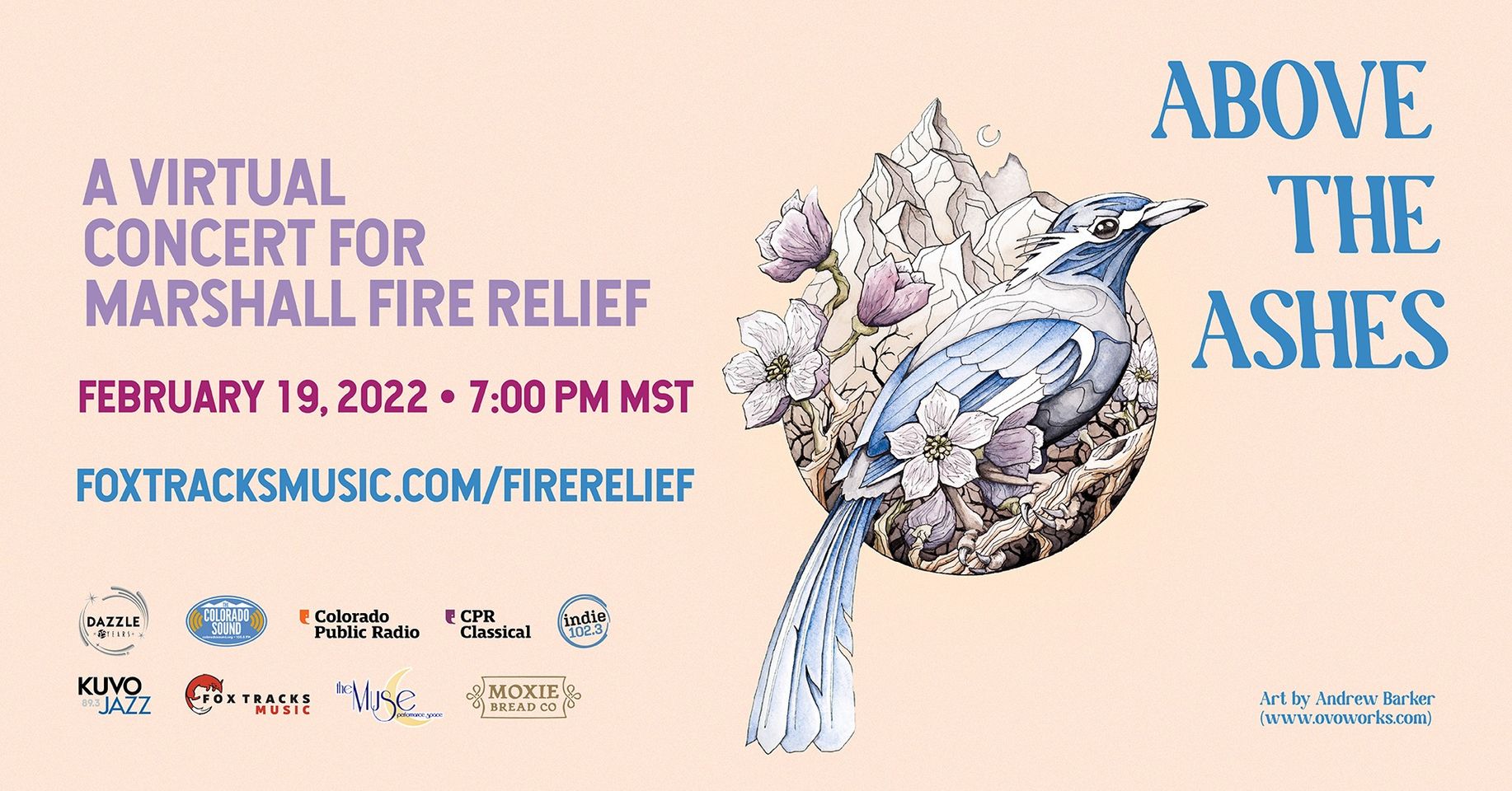 Above The Ashes will premiere on YouTube on February 19, 7 PM MST

“Above The Ashes: A Virtual Concert for Marshall Fire Relief” is a collaborative effort by businesses, media outlets, and musicians to raise money for the Boulder Community Relief Fund. While there are a number of local fundraisers, we wanted to reach people who do not live near in-person fundraisers or who are not yet comfortable with live events. The Marshall fire left all of us in East Boulder County, and beyond, reeling and saddened by the number of people who lost everything. In response to this tragedy, Fox Tracks Music and The Muse Performance Space are collaborating with Dazzle, Colorado Public Radio, The Colorado Sound, KUVO Jazz, and many others to produce a recorded video fundraiser with proceeds directly supporting the victims of the Marshall Fire. Musicians filmed and recorded 2-3 songs with Fox Tracks Music at The Muse Performance Space. One of each musician’s recorded songs will be in the video that airs on Saturday, February 19, at 7 pm as a YouTube Premiere. People can sign up here to join the guest list HERE.

Donations will be collected through this dedicated link on The Muse Performance Space’s website with proceeds sent directly to the Boulder Community Fund at HERE.

Above the Ashes: A Virtual Concert For Marshall Fire Relief