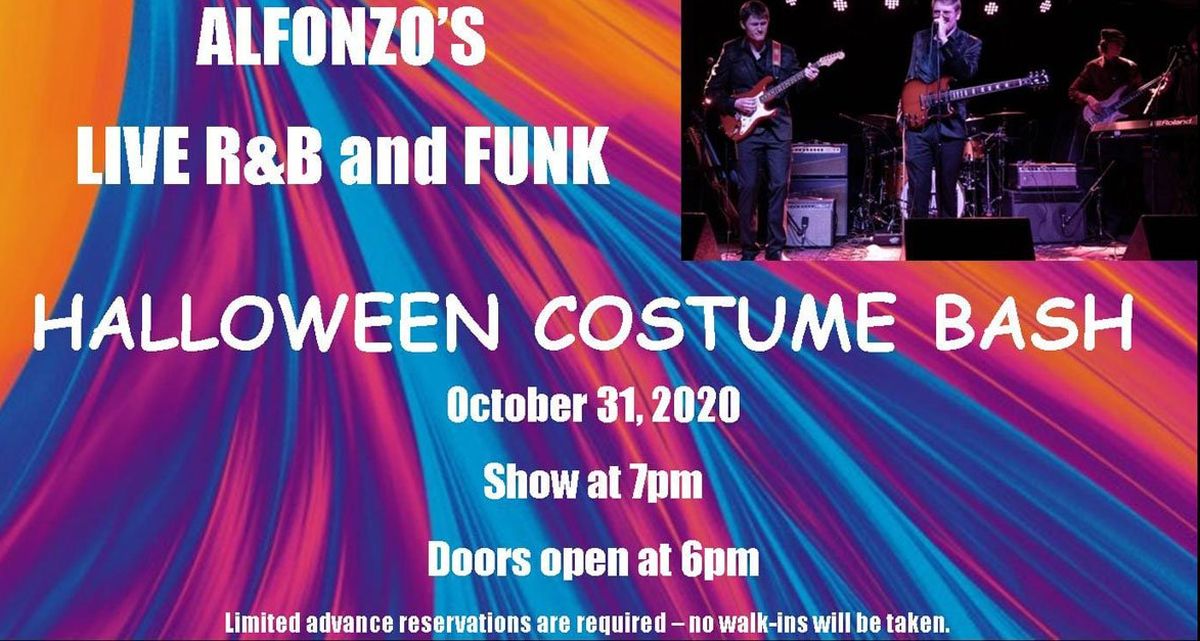 Dazzle Presents: Alfonzo Live R&B and Funk – Halloween Costume Bash!The band is comprised of some of the best musicians around including guitarist Aidan Roberts, bassist Charlie Chilson, keyboardists Eli Baumgarten and Erique Johnson, and drummer Adam Darby. Alfonzo began in 2018 and has gone on to play all across the United States and has received airplay in Canada. Currently the band is working on a debut album.

Alfonzo is known for having a very energetic and dynamic live show that has never failed to spark movement on the dance floor. The band brings an authentic feeling of magic and spirituality to the audience, something that can’t be fabricated or substituted. Many people have referred to frontman Alfonzo’s style of performance as if he is possessed by the spirits of music. In addition, the band has a very natural flow and ability to improvise off each other, which can be attributed to the fact that the band is like a very close and supportive family. In short, you can not compare them to anyone else, because they are extremely individual in a brilliant way.Throughout the two years the band has been around, Alfonzo has travelled to Memphis twice to showcase their talent at the International Blues Challenge, as well as having graced the stage at The Big Blues Bender, Blues From The Top, and also having opened for southern soul band Southern Avenue.

Reservations required – no walk-ins will be taken