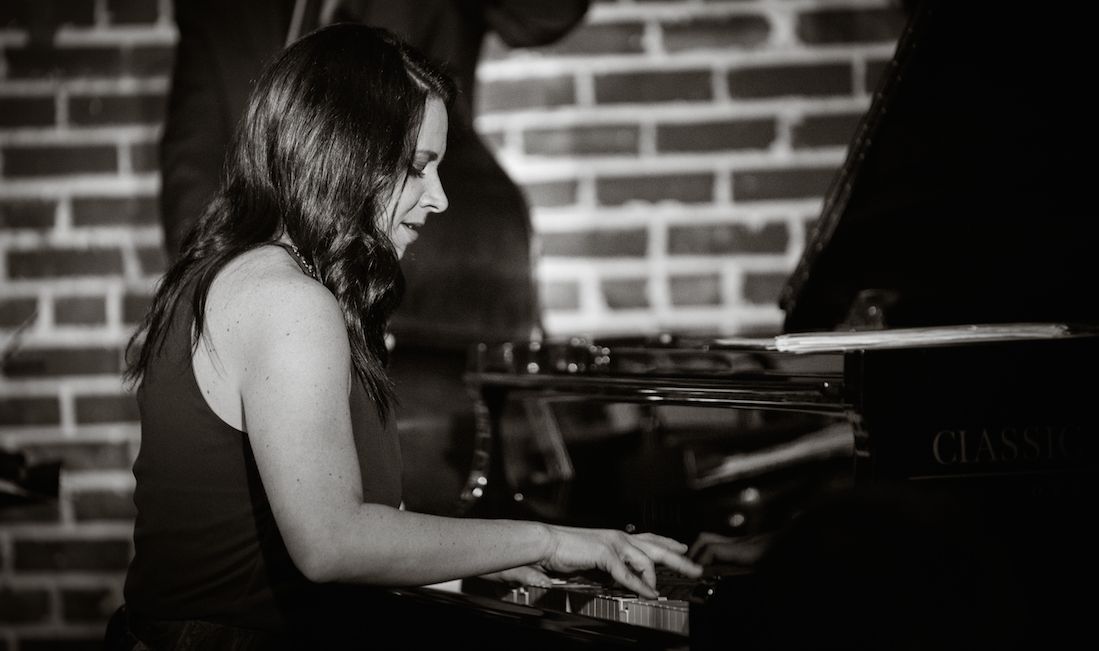 The Annie Booth Sextet came together in 2015 as an idea of celebrating a multi-generational band of diverse and expressive improvising musicians who boast deep ties not only with one another within the group but also with the legacy of the great jazz scene in Denver, CO – the hometown of each member. The sextet performs a collection of Annie’s original compositions (written expressly for this group) that highlight the diverse individual voices of each band member. The group is a 2021 grantee of the Performance Plus Grant from Chamber Music America and the Doris Duke Foundation, a program that gave them the opportunity to spend time with master musician Art Lande before recording their latest album, Alpenglow. An album of eight original compositions, Alpenglow is released worldwide on June 24, 2022 and the Annie Booth Sextet is delighted to celebrate its release in performance at Nocturne on these two engagements.

Annie Booth is a versatile and award-winning composer, arranger, and jazz pianist. She has received national recognition for her work as a composer/arranger with awards and grants from the likes of ASCAP (Herb Alpert Young Jazz Composers’ Awards, Phoebe Jacobs Prize), Downbeat Magazine, the Jazz Education Network, the International Society for Jazz Arrangers and Composers, and Chamber Music America. She has composed commissioned works for institutions such as the University of Idaho and the University of Nevada, Reno, where she is proud to be the Commissioned Composer for the 2022 Reno Jazz Festival.

Annie’s writing spans from small group jazz to big band and chamber works. Her forthcoming 2022 studio album, Flowers Of Evil, is an original song cycle of the poetry of 19th-century French poet Charles Baudelaire composed for an 11-piece chamber-jazz group. Flowers Of Evil features renowned soprano Kathryn Radakovich. Additionally, Booth leads and writes for the Annie Booth Big Band, an 18-piece jazz orchestra made up of top players such as Greg Gisbert, Wil Swindler, and Paul McKee. Booth has released four albums as a bandleader and has appeared on more than a dozen as a side musician. Her next album, Alpenglow, will be released worldwide on June 24.