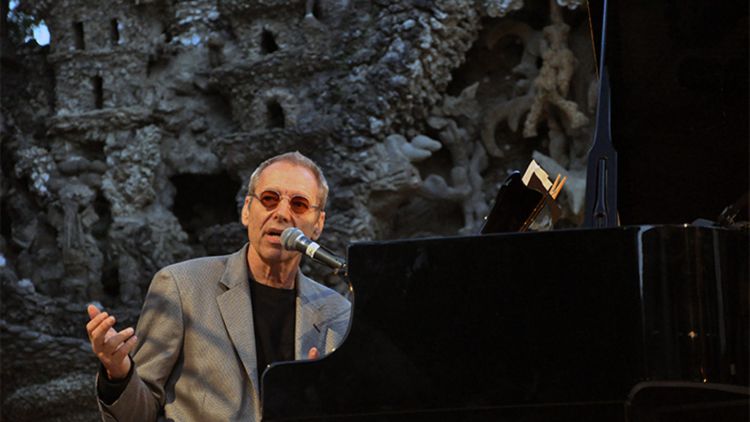 A multimedia journey into the multifaceted life and times of musician, producer and journalist Ben Sidran.

This innovative career retrospective will feature Ben at the piano playing original compositions and notable works as seen throughout his illustrious career in the music industry, will include animated short films of Ben interviewing music greats such as Miles Davis, and a moderated interview with multi-instrumentalist, producer, podcast host, and someone who knows Ben best––his own son, Leo Sidran.

Ben Sidran is widely recognized as the host of National Public Radio’s landmark jazz series “Jazz Alive” which received a Peabody Award, and as the host of VH-1 television’s “New Visions” series, which received the Ace Award for best music series. A pianist, producer, singer and composer, he has recorded more than thirty solo albums, including the Grammy nominated Concert for Garcia Lorca, and produced recordings for such noted artists as Van Morrison, Diana Ross, Michael Franks, Rickie Lee Jones, Mose Allison and Steve Miller (with whom he co-wrote the hit song “Space Cowboy”). He is the composer of the soundtrack for the acclaimed film Hoop Dreams, and scored the documentary Vietnam: Long Time Coming, which won both the Aspen Film Festival audience award and an Emmy. Sidran has authored two books on the subject of jazz: Black Talk, a cultural history of the music, and Talking Jazz, a series of conversations with inspirational musicians. He holds a PhD. in American Studies from Sussex University, Brighton, England, but has studiously avoided the academic life, preferring instead to spend his time performing, producing and writing.  His latest works include the memoir, A Life in the Music and the groundbreaking text There Was a Fire: Jews, Music and the American Dream, along with the recordings Dylan Different and Don’t Cry For No Hipster.

Performing at Dazzle on Wednesday, October 23

Ben Sidran: in Concert and Conversation at JAAMM Fest