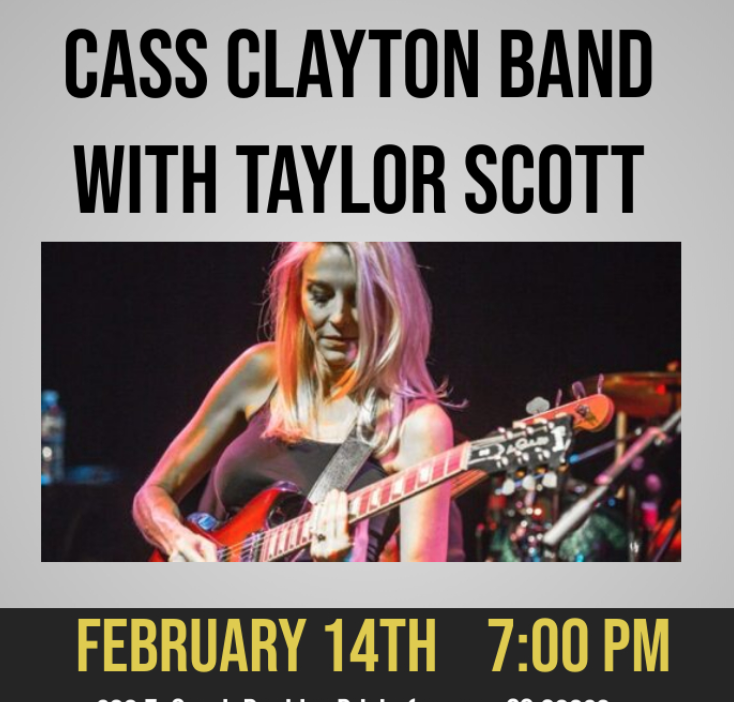 Cass Clayton Band, featuring Taylor Scott, is bringing in Valentine’s Day at Muse Performance Space with a little different take on what this love thing is all about. CCB is known for their non-denominational approach to music, blending influences of rock, funk, soul, gospel and blues and modernizing those sounds. CCB’s most recent album, Play Nice, was #1 R&B Album in the U.S. for 11 weeks in 2019 and 2020 (Roots Music Report). The band has been featured on radio stations and magazines worldwide and has been praised for their unique approach to contemporary American rock and roots music.

This concert will be streamed from the Muse. It will be available to view on Facebook and Youtube.