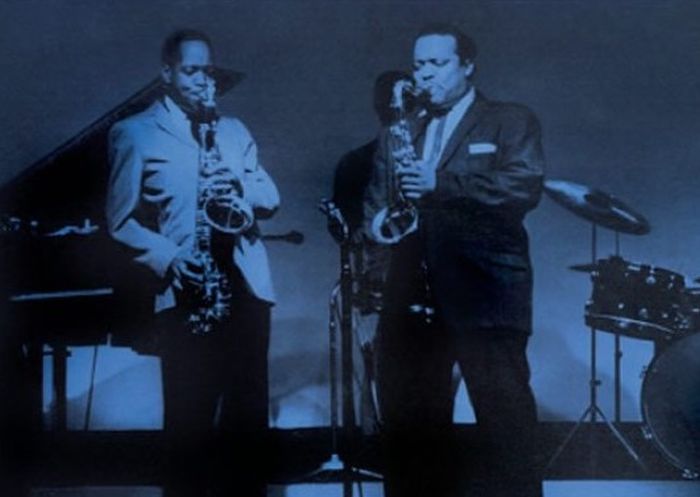 There are a number of well-known tenor teams: Hershel Evans and Lester Young; Wardell Gray and Dexter Gordon; Zoot Sims and Al Cohn; and Dexter Gordon and Teddy Edwards, but the greatest tenor duo ever was Gene Ammons and Sonny Stitt. The tenor saxophone team of nearly 25 years began in 1950 and continued into the 1970’s just prior to Gene Ammons death. The wonderful contrast of Gene’s approach of relatively few notes and a huge warm sound contrasted wonderfully with Sonny’s virtuosic bebop approach. Both saxophonists were greatly influenced by Lester Young however Gene’s sound on the instrument was derived more from the heavier Coleman Hawkins and Hershel Evans approach. The 1950 recording “Blues Up and Down” was their signature opus and was as embodiment of their partnership.

Chiarluce and Oxman Honor Ammons and Stitt – The Boss Tenors