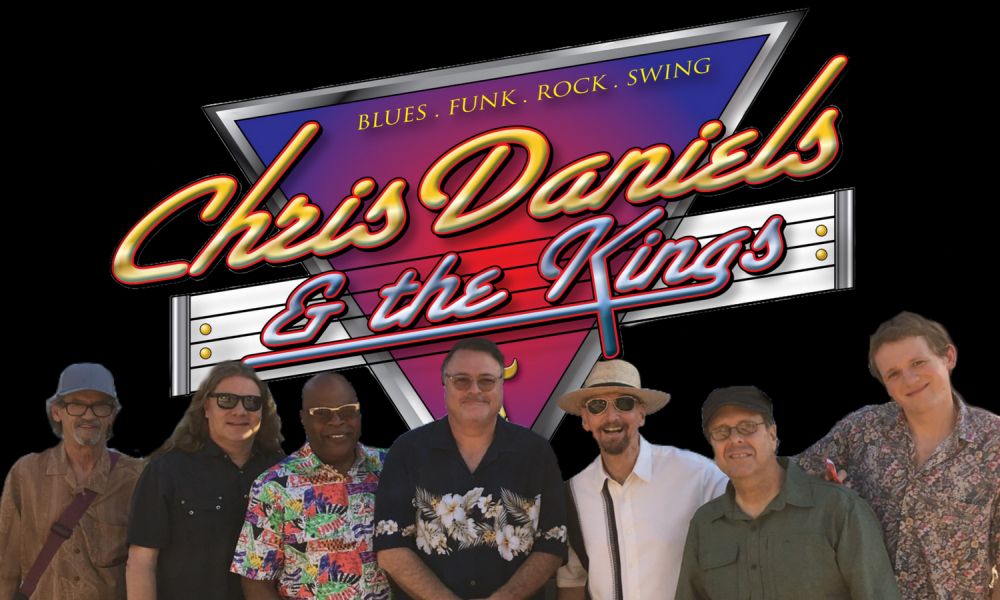 All the goodness of City Park Jazz‘s Summer Concert Series from the comfort of your couch or your backyard for your own personal concert series! Streaming your favorite artists from the City Park Jazz Facebook or Oriental Theatre Facebook page!

Chris Daniels & the Kings (with Freddi Gowdy) are celebrating their 33rd year with a new album BLUES WITH HORNS! Doing more than 120 dates per year touring over two continents, Daniels and his band have been invited to appear in such diverse places as The Down Home Blues Festival in South Carolina, The Bob Hope Chrysler Desert Classic, The Curacao Swing Festival (South America), and all over Europe. Chris was inducted into the COLORADO MUSIC HALL OF FAME in 2013 with Judy Collins and he has appeared with the Garth Brooks, B.B. King, Vince, Gill, Amy Grant, Joe Walsh, The Nitty Gritty Dirt Band, John Oates, The Luminieers, Uncle Cracker, Blues Traveler, The Neville Brothers, and the list goes on. Check them out!