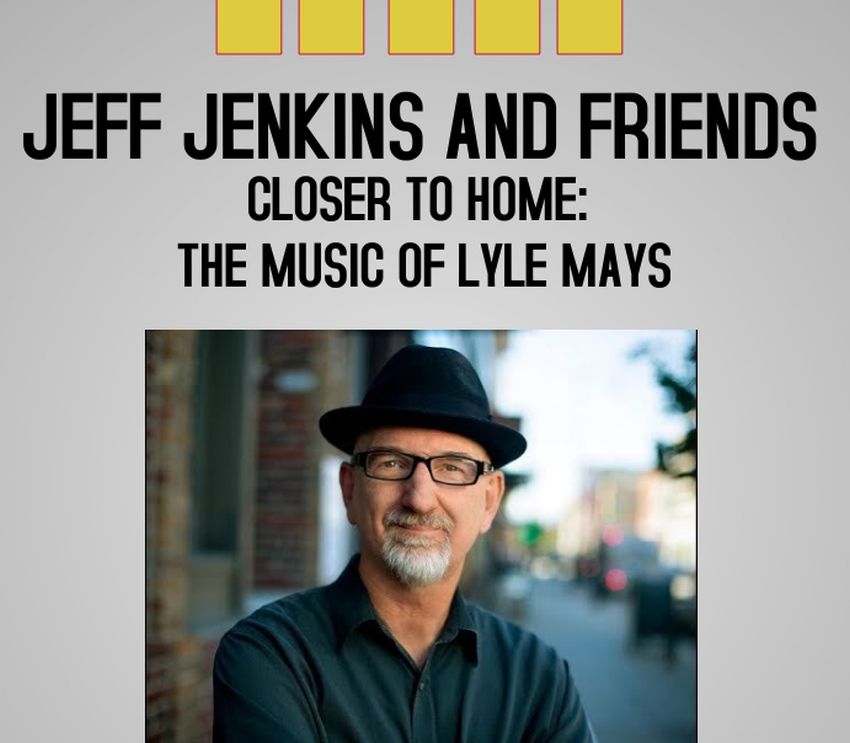 Jenkins plays regularly with many groups including the Ken Walker Sextet, and has played on dozens of CDs as a sideman. As a recording artist, Jeff’s 2007 Capri Records release Cique received high acclaim and was selected as one of the year’s ten top jazz CD’s in the Boston Globe. He has four solo releases, including: Unexpected Journeys, One World and Everything I Love. His latest and most intensely personal album, The Healing, is a solo piano excursion. Jeff currently teaches at the University of Colorado at Boulder and the Colorado Conservatory for the Jazz Arts.

This concert will be streamed from the Muse. It will be available to view on Facebook Live and YouTube:

Closer to Home: The Music of Lyle Mays