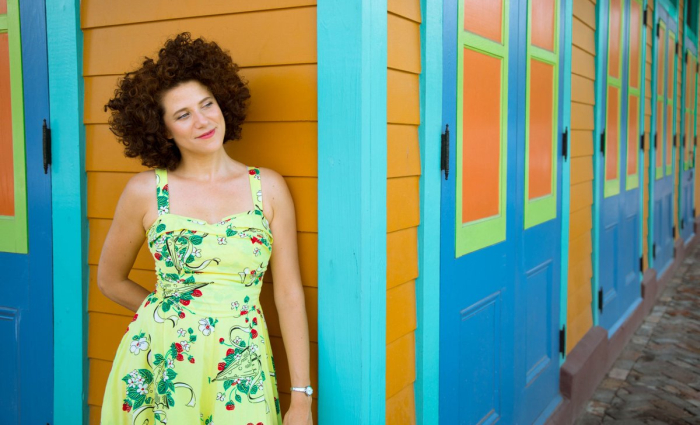 Improvisation is not just a technique for Cyrille Aimée, it’s a way of life. The acclaimed vocalist ventured from singing on street corners in Europe to dazzling audiences at the world’s most prestigious jazz festivals; from sneaking out to sing in gypsy encampments in her native France to acting on Broadway; from braving the notoriously tough audiences at New York’s Apollo Theatre to being called a “rising star in the galaxy of jazz singers” by the New York Times. Among countless accolades, Aimée won the Montreux Jazz Festival Vocal Competition and the Sarah Vaughan International Jazz Vocal Competition.

While its narrative arc is a self-contained story, Move On: A Sondheim Adventure (February 22 via Mack Avenue Records) is just the beginning of a new chapter in Aimée’s remarkable journey. It’s the French-born singer’s first release since disbanding the acclaimed band she’s led for the last several years, to which she bid a fond adieu on her last album, Cyrille Aimée Live. It’s also her first since moving from Brooklyn to New Orleans, the latest music-rich city that she’s been able to call home. 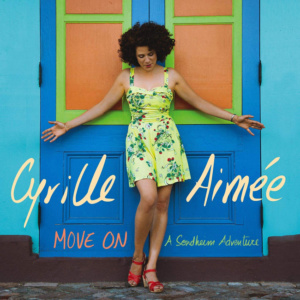