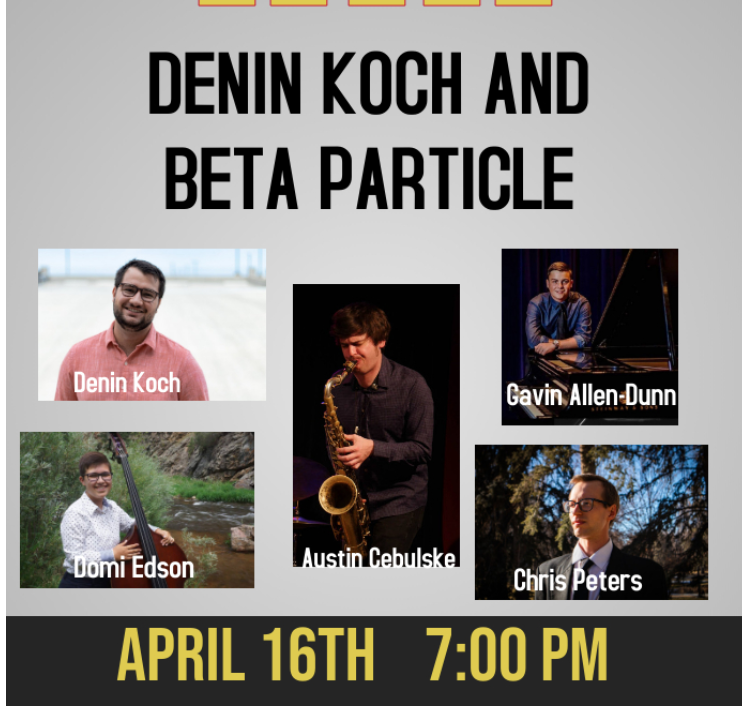 Having been praised as possessing “pristine playing, meticulous composing” and “a very personal voice deserving of attention,” guitarist Denin Koch has done a lot. He’s performed with Wycliffe Gordon, Dee Daniels, and the Spokane Symphony Orchestra (as a soloist), recorded with Bob Curnow, published a book read around the world, graduated from the prestigious Eastman School of Music, and released a critically-acclaimed album of original music – and he’s only 25 years old.

Denin is one of the most exciting and unique rising guitarists and composers on the scene today. beta particle, Koch’s band, is comprised of several of the best young musicians in the Denver area. The ensemble performs original music by Koch and other members with explosive energy, intricate interplay and a deep respect to master musicians of eras past.