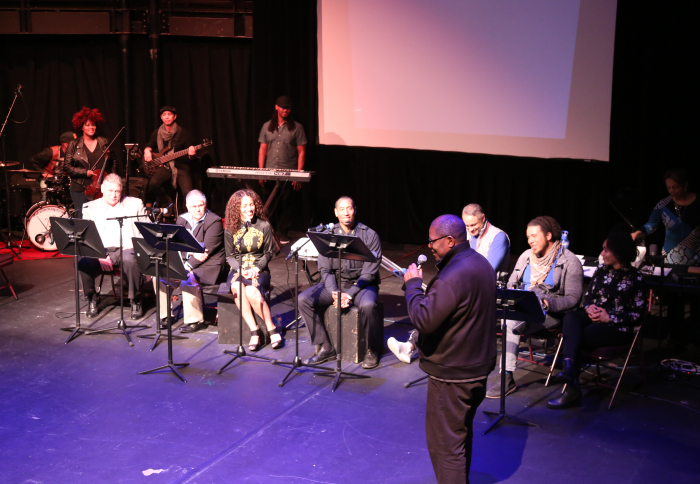 Live from the Hamilton Recital Hall at the Newman Center “The Tale of The Bullet” written by donnie l. betts with musical guest Prince Po formerly of the legendary hip hop duo Organized Konfusion. The duo was one of the most respected and acclaimed underground hip hop acts of the 1990’s due to the groundbreaking lyrics of Prince Po and Pharoahe Monch.

Where else can you get a play, a community conversation that matters and a musical guest?

Destination Freedom!  Join, Prince Po, Such, Jodel Charles, activists, survivors of gun violence, Jeff Campbell and others and we dig deep into the issues facing our nation.

Destination Freedom: The Tale of The Bullet