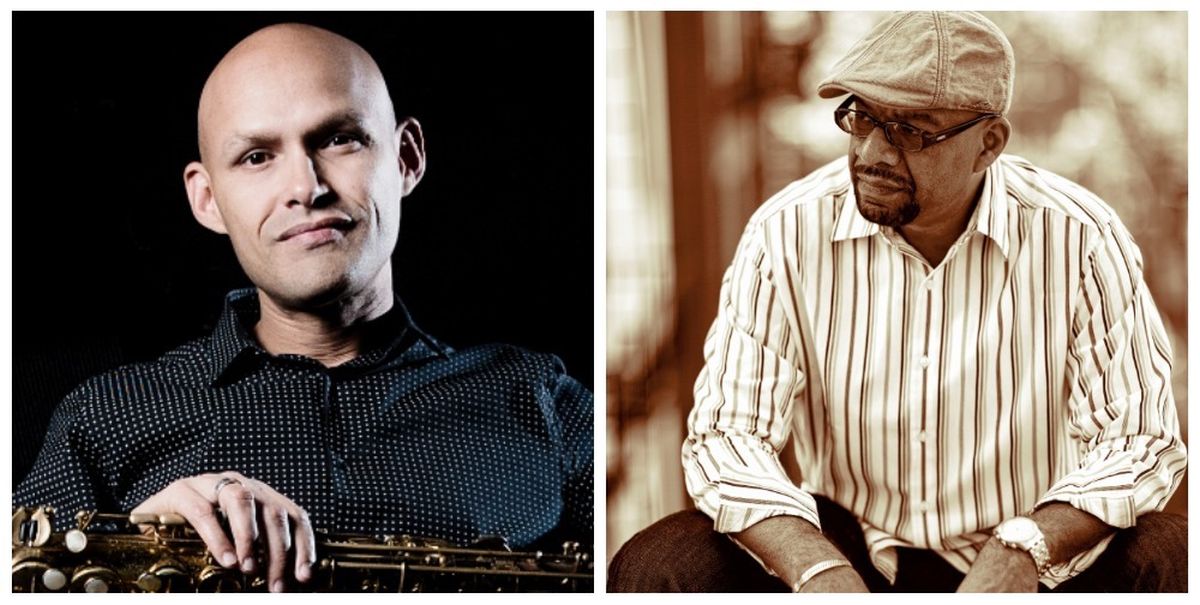 Miguel Zenón—Multiple Grammy Nominee and Guggenheim and MacArthur Fellow Miguel Zenón represents a select group of musicians who have masterfully balanced and blended the often-contradictory poles of innovation and tradition. Widely considered as one of the most groundbreaking and influential saxophonists of his generation, he has also developed a unique voice as a composer and as a conceptualist, concentrating his efforts on perfecting a fine mix between Latin American Folkloric Music and Jazz. Born and raised in San Juan, Puerto Rico, Zenón has built a distinguished career as a leader, releasing twelve albums under his own name. In addition, he has crafted his artistic identity by dividing his time equally between working with older jazz masters and the music’s younger innovators –irrespective of styles and genres.

Luis Perdomo—Ever since he came to New York in 1993 from Venezuela, Perdomo has emerged as one of the most in-demand sidemen – as evidenced by his celebrated work with a wide array of jazz and Latin stars – from Ravi Coltrane to Ray Barretto, and by his six critically- acclaimed recordings as a leader. The release of his magnificent new, Hot Tone label debut CD, 22, features bassist Mimi Jones’ supple, deep basslines and drummer Rudy Royston’s quicksilver rhythms, in a trio he christened The Controlling Ear Unit. “I wanted to create an environment where a sensitive player could make his own musical choices, without fear of the consequences,” Perdomo says. “The word ‘unit’ is appropriate because although the current group is a trio, it doesn’t really have to be restrained to that. It could have a different format, depending on what the music calls for.”