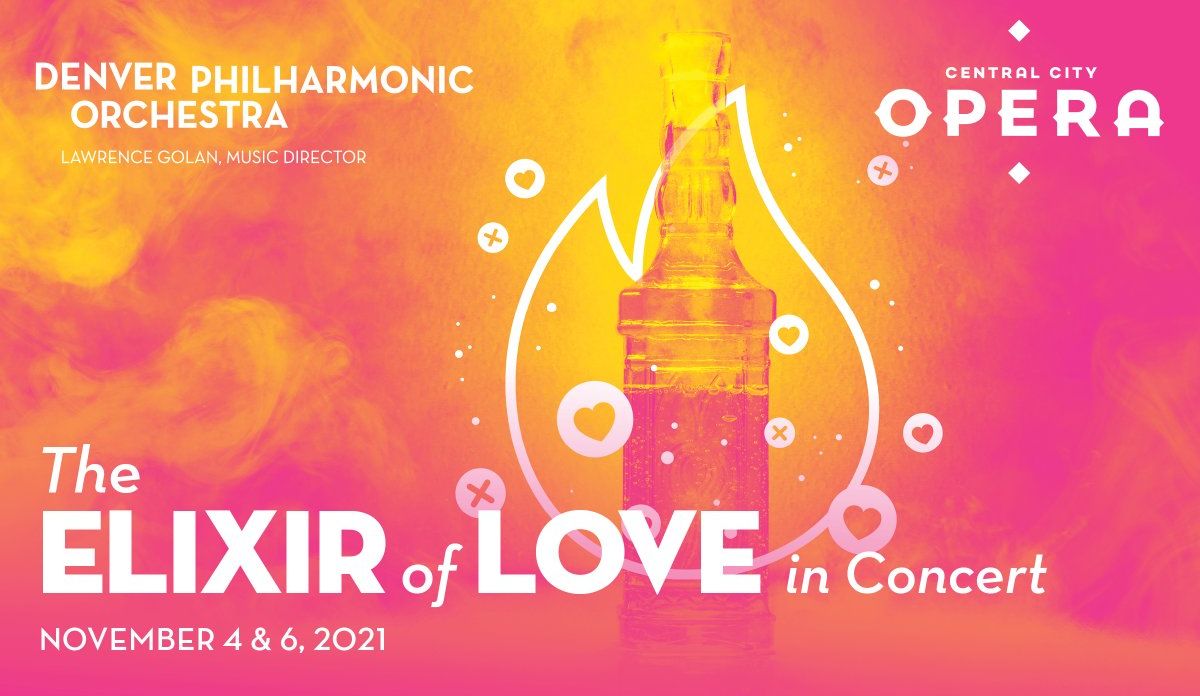 Central City Opera presents The Elixir of Love in Concert

In special collaboration with the Denver Philharmonic Orchestra

A peasant and a soldier are crushing on the same woman who’d rather keep swiping. Our poor hero drops all of his cash on snake oil to make him irresistible to his unrequited love. Will his liquid courage pay off? Lawrence Golan conducts Central City Opera stars Anna Christy, Matthew Plenk, and Armando Contreras in a concert version of Gaetano Donizetti’s romantic romp, The Elixir of Love.

Elixir of Love a Concert