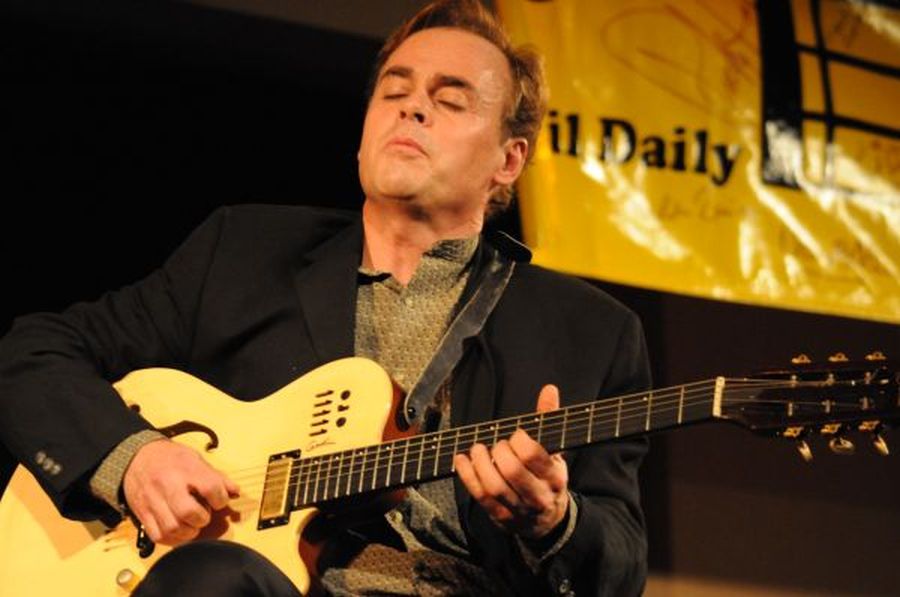 The Muse Performance Space continues their Expeditions Plus One Series with guitarist Dave Corbus—Livestream!

Dave Corbus, instructor of jazz guitar, spent over a decade playing in New York City as part of the “downtown” and mainstream jazz scenes. Mr. Corbus and his trio played weekly at the New York jazz club Augies (now Smoke) for a three-year stint; he also played in several world music bands, and in some of New York’s finest clubs and shows with the blues/funk/jazz band “Business of Blues.” Mr. Corbus has played with a variety of well-known jazz musicians such as Red Holloway, Dr. Lonnie Smith, Plas Johnson, Lewis Nash, Javon Jackson, Bobby Watson and Joey DeFrancesco, and his trio has performed at Denver’s finest jazz clubs and at Colorado’s favorite music festivals. His first CD, Trios Time on the Synergy label, was met with praise from critics both locally and in New York. According to Cadence Magazine, “Corbus displays sensitivity and fluidity in his conception.” Mr. Corbus’ second CD, Sound Down, was also favorably reviewed: “Corbus’ style is slightly more measured and straightforward than Broom’s, but he navigates his lines with clarity and purpose and has his own springy, distinctive style of improvising.” His latest CD, 3ocity, with Pat Bianchi on organ and Todd Reid on drums, was released in October 2005 on Capri Records.

Expeditions plays tunes just about everybody knows and loves, arranged in fresh new ways, along with some tasty originals. Expeditions has graced the stages of Dazzle, Nocturne, Nissi’s, La Cour, and Five Points Jazz Festival, and is now in residence at the Muse in Lafayette.