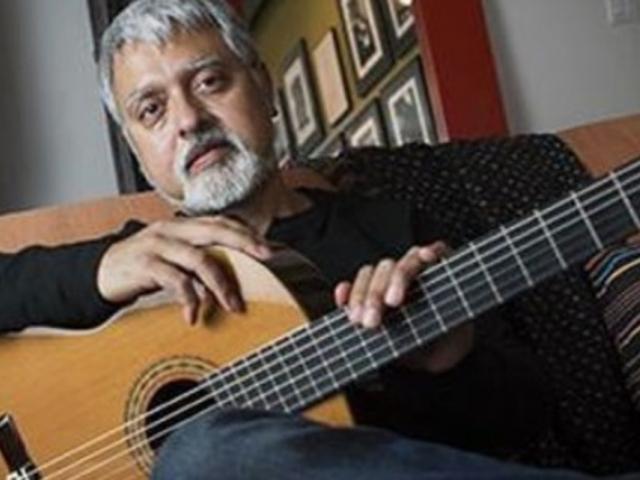 An exceptional modern trio comes to Dazzle for an early and a late show, at 6:30pm and 9:30pm, on both Thursday and Friday nights!

A modern guitar virtuoso, Fareed Haque, is steeped in classical and jazz traditions. His unique command of the guitar and different musical styles inspire his musical ventures with tradition and fearless innovation.

Paul Wertico is an American drummer. He gained recognition as a member of the Pat Metheny Group from 1983 until 2001. During his time with Metheny, Wertico played on ten albums and four videos, appeared on television, and toured around the world.

Larry Gray is a Chicago musician known for his compositions and skill on the double bass and cello. His primary teachers were Joseph Guastafeste, longtime principal bassist of the Chicago Symphony Orchestra, and cellist Karl Fruh.