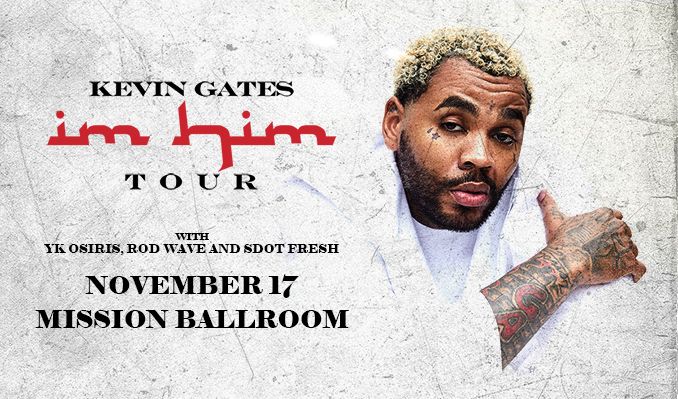 As an artist, you’ve got to know yourself and your own vision first and foremost. Kevin Gates certainly does. He unleashed the 2008 hit “Get in the Way” featuring Lil Boosie, developing a devout national following in the process. However, in the aftermath of the track’s success, Gates faced incarceration until 2011.

“When I got out, my fan base had strangely grown,” he admits. “It was so crazy to me. Once I came home, I knew that I had to just focus on the music. I practically never left the studio after that. It was all about recording and making more songs.”

By Any Means solidified him as a 21st century heavyweight. Upon release, it nearly doubled the first-week sales of Stranger Than Fiction, landing at #17 on the Billboard Top 200 and #3 on the Current Rap Albums Overall Chart. With his partnership between Bread Winners Association and Atlantic Records in place, Gates sees even bigger things in store.

Ultimately though, it always remains about the same thing for Gates—the music. He leaves off, “It feels good when people appreciate my art in its entirety. That makes me feel great. I want everyone to experience this in its entirety. Other than that, I don’t have any complaints. As long as I can record, I’m okay. That’s all that matters.”