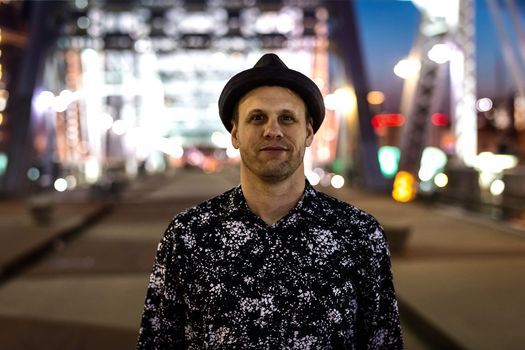 Chicago native Kristofer Myers began playing drums at the age of eight with an interest in jazz, rock, and punk music. With a Masters Degree in Jazz from DePaul University, multiple album credits, and 20+ years of professional performances and touring under his belt, Kris has honed in on his diverse talent and applied it to the composition world as one of Chicago’s most talented and versatile session drummers, Myers has been featured in various music publications including Modern Drummer, Relix, and Rolling Stone Magazine, and was honored with the title of Best Jam Band Drummer by DRUM Magazine in 2011. In 2018, Myers was featured on the cover of Modern Drummer’s July issue. You can catch him with the progressive-rock band Umphrey’s McGee, and he continues to work with artists such as Mike Keneally, Bill Evans, Jeff Coffin, John McLean, Kick the Cat, and on a variety of projects in the Nashville , Chicago, and Los Angeles area.