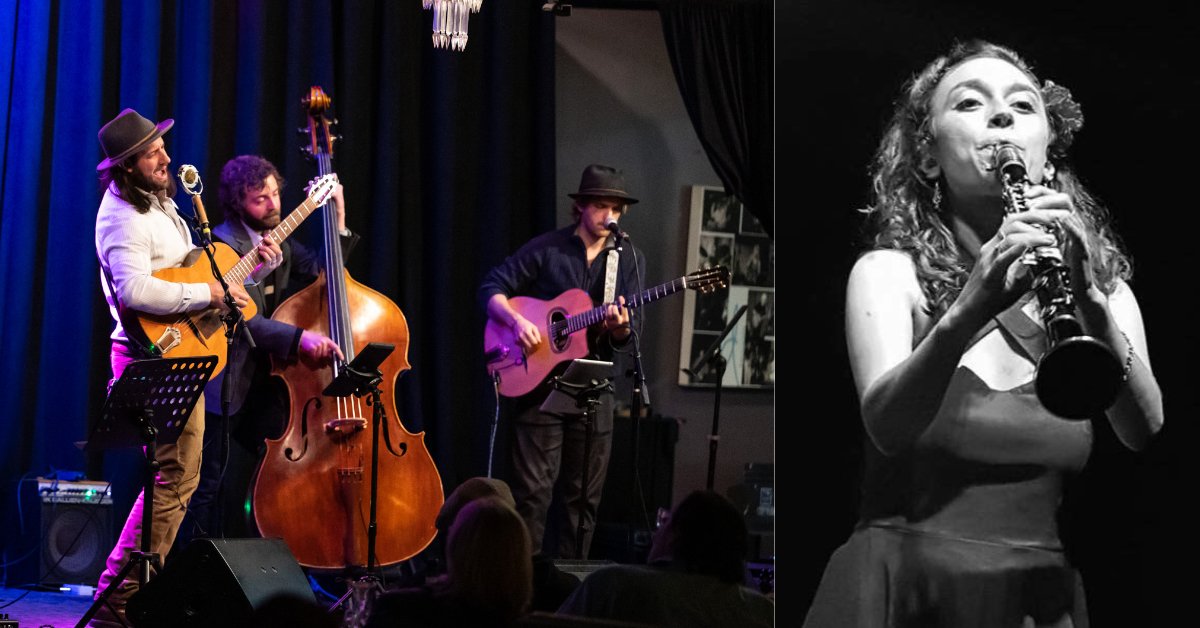 Chloe Feoranzo is a clarinetist, saxophonist, sloth enthusiast and vocalist who has been performing professionally since the age of 15. She grew up playing in youth orchestras, musical pits, along with swing, traditional jazz bands and guest artist at festivals of the Southern California area.  She now resides in New Orleans, LA as a freelance musician, full-time member of Shake ‘Em Up Jazz Band and has been touring part-time with Postmodern Jukebox and Asleep At The Wheel.

La Pompe is a Denver-based Hot-Club Jazz group that fuses eclectic American standards with French ballads, burning Django Reinhardt tunes, and soulful originals.
The band has been nominated by multiple publications for best jazz band on the front range and won the 2017 Producers Choice award at the Westword Music Showcase.
By combining swinging vocals and high energy instrumentals, they are keeping vintage jazz alive for a whole new generation.