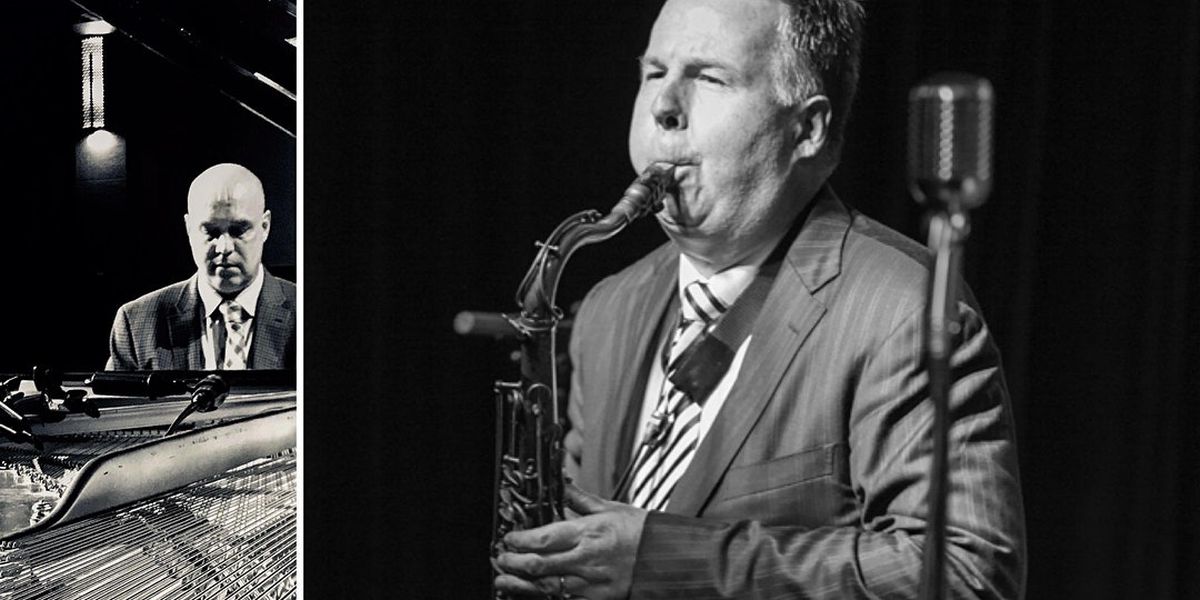 We hope you’ll swing by and join us! Tickets are on a “pay what you can” basis.

Larry Fuller is one of the premier mainstream jazz pianists living today. He was musical director and pianist for vocalist Ernestine Anderson, last pianist in legendary bassist Ray Brown’s Trio, member of drummer Jeff Hamilton’s Trio, and part of vocalist/guitarist John Pizzarelli’s Quartet. Since 2013 – harnessing his unique bandstand collaborations with the giants – Fuller has led the Larry Fuller Trio, generating hard-swinging, emotive and versatile performances. The New York Times exclaims: “he sprinkles stardust on whatever song he plays, you hold your breath in wonder.”

Of Harry Allen,  Gene Lees (BMG) writes, “Stan Getz was once asked his idea of the perfect tenor saxophone soloist. His answer was, ‘My technique, Al Cohn’s ideas, and Zoot’s time.’ The fulfillment of that ideal may well be embodied in thirty-year-old Harry Allen.”