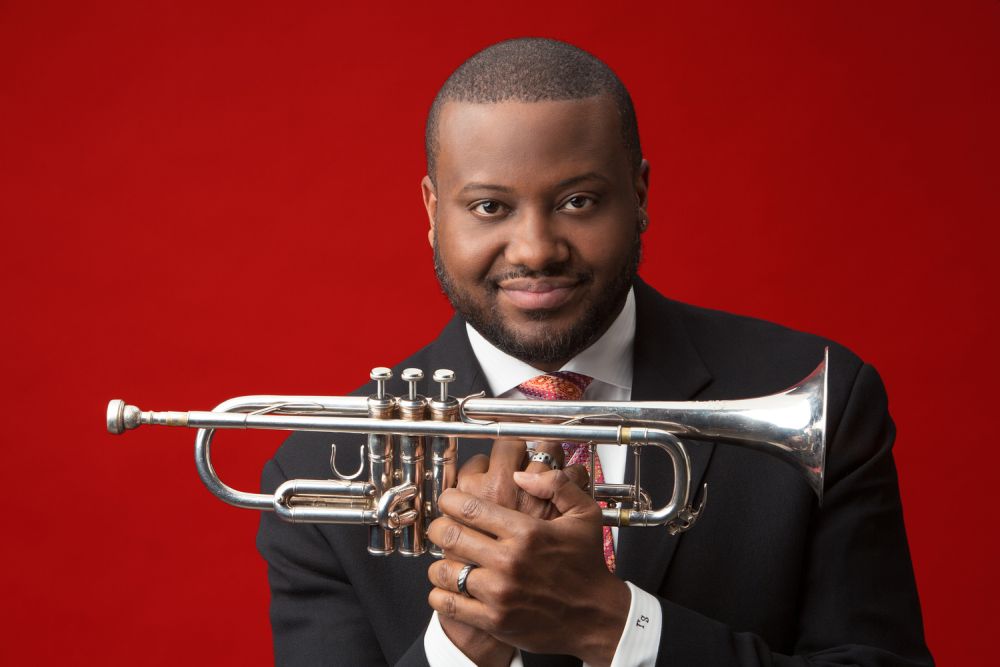 Jazz Education Network invites you to join Grammy-award winning trumpeter & master jazz educator, Sean Jones, for a special, interactive listening session. Sean will take viewers on a journey through some of his favorite music and answer questions from the Facebook Live Audience. Event takes place at 1pm EST and 11am MST.

Event registration HERE. You will be sent a confirmation email immediately and a link to join the LIVE stream.

About Sean Jones: Music and spirituality have always been fully intertwined in the artistic vision of trumpeter, bandleader, composer, educator and activist Sean Jones. Singing and performing as a child with the church choir in his hometown of Warren, Ohio. Sean is a musical chameleon and is comfortable in any musical setting no matter what the role or the genre. He is equally adept in being a member of an ensemble as he is at being a bandleader. Sean has been prominently featured with a number of artists, recording and/or performing with many major figures in jazz, including Illinois Jacquet, Jimmy Heath, Frank Foster, Nancy Wilson, Dianne Reeves, Gerald Wilson and Marcus Miller. Sean was selected by Miller, Herbie Hancock and Wayne Shorter for their Tribute to Miles tour in 2011. He has also performed with the Cleveland, Pittsburgh and Youngstown Symphony Orchestras as well as Soulful Symphony in Baltimore and in a chamber group at the Salt Bay Chamber Festival.

Sean is also an internationally recognized educator. He was recently named the Richard and Elizabeth Case Chair of Jazz at John Hopkins University’s Peabody Institute in Baltimore. Before coming to Peabody, Sean served as the Chair of the Brass Department at the Berklee College of Music in Boston.