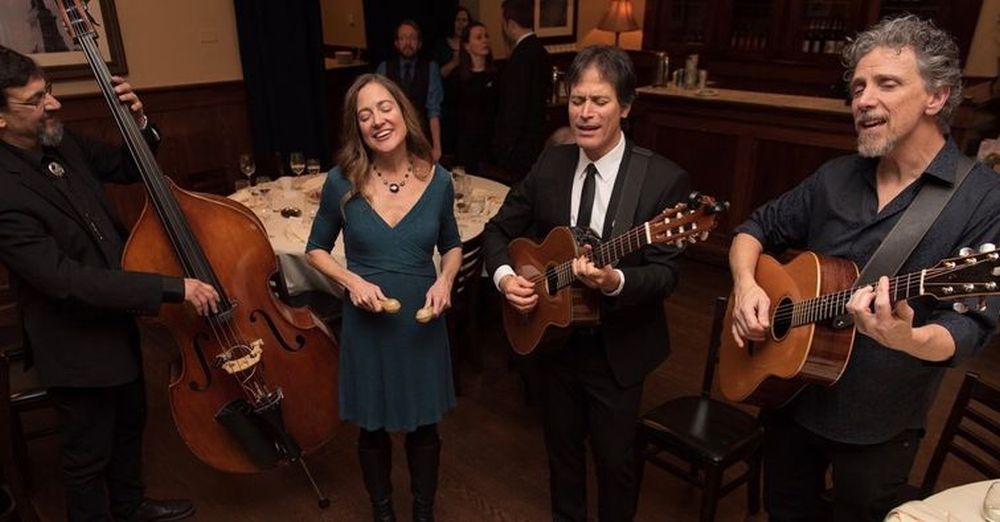 They perform music with Cuban, Afro Cuban and other Latin American origins, plus some crossover with American music.  Band members include Ricardo Peña – vocals, guitar, keys, requinto, Amy Biondo – vocals, hand percussion, Ed Edwards – vocals, guitar, tres, Mark Diamond – bass, Dean Kielian – drums and percussion.  Los Bohemios appeals to a multicultural audience for anyone who loves great music just to listen to, or certainly for getting up and dancing!

The Dawson Media Group, from Portland Oregon will film Los Bohemios at Sole as part of a documentary that they are doing on Ricardo Peña. It will be a thrilling evening!

Suggested Cover Charge $17
No Reservations: First Come, First Served – Caffè Sole Jazz Supper Club is an intimate venue and because we don’t take reservations and it often fills up, we recommend that you come early, get a table and enjoy an excellent meal and terrific show!  Seating and dinner begin at 6:00 and Showtimes are 7:00-9:30