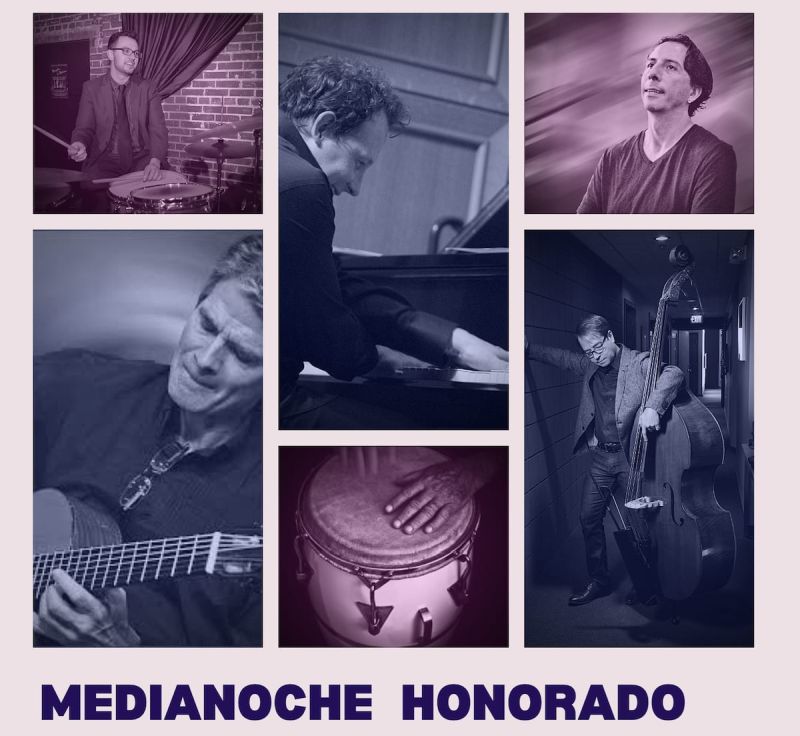 Medianoche Honorado was formed in 2018 to honor Denver’s legendary bassist, the late Jimmy Trujillo, who formed the original Medianoche band in the late 1990s with Justin Adams on piano. The original group also included Mike Marlier and Marc Dalio on drums, Derek Banach and Hugh Ragin on trumpet, and Victor Nieves on congas. The inspiration for the original project was the Don Grolick album Medianoche, and the current band draws from that same material as well as the music of Clare Fisher, Poncho Sanchez, Ray Baretto, Cal Tjader, and other giants of Latin music.