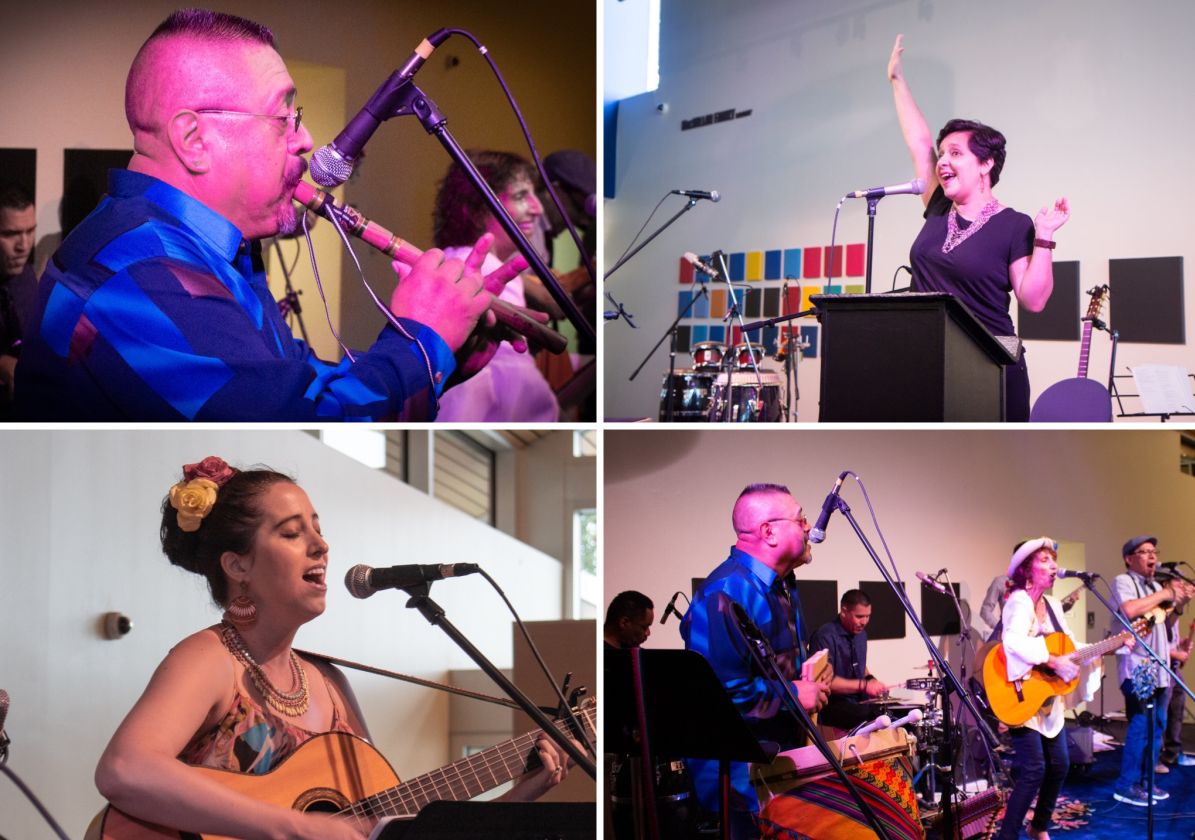 A peña is a casual and participatory social event centered around live music that celebrates the community through music, poetry, prose, and culture. Peñas have a rich and varied history and can be quite different from one country to another. In Spain, peñas often celebrate and promote Flamenco culture, while in Perú they tend to focus on what is known as Música Criolla–an array of sub-genres created from the fusion of Spanish, Andean and African cultures, such as huayno, festejo, and marinera. In Chile and Argentina, countries that underwent civic unrest in the 1960s and 1970s, peñas involve music known as Nueva Canción – a genre with roots in Cuba’s revolutionary Nueva Trova.

Many countries, such as Guatemala, El Salvador, Brazil, Bolivia, Uruguay, and Paraguay have also celebrated peñas clandestinely to protest torture and repression by the military government in charge. The songs found at peñas give voice to social and political issues and the human condition. They provide social commentary and critique, addressing issues of poverty, anti-imperialism and a Latin American identity that reclaims its Indigenous and African roots. As in the words of Chilean-American author Isabel Allende, “Roots are not in landscape or a country, or a people, they are inside you.” Please join us and share in what is inside us all.

FEATURED MUSICIANS: Paola Ines &  Norte Sur: Paola Ines & Norte Sur bring folk music from the diverse Andean region, which includes several countries running North to South along the continent as well as the diversity in music from the higher lands to the Amazon Basin with clear African influences. We accentuate this ancient richness with a modern touch of Andean Rock in fusion with ancestral instruments.

Adolfo Romero and Sudaca Project: Adolfo Romero (guitar & vocals) is a multifaceted artist from Chile who interprets a variety of Latin American styles in Spanish and Portuguese. He is the Music Director of Su Teatro and an active performer in Colorado, sharing shows with important folk singers like Susana Baca from Perú. Sudaca Project is an acoustic band of Latin American music, made up of Frank Ayala, Nico Cornejo and Adolfo Romero. Their music seeks to fuse a diversity of folkloric and African-root styles, in a fusion of sounds without borders, and whose lyrics are the echo of a message of social justice, solidarity, and mestizo pride.