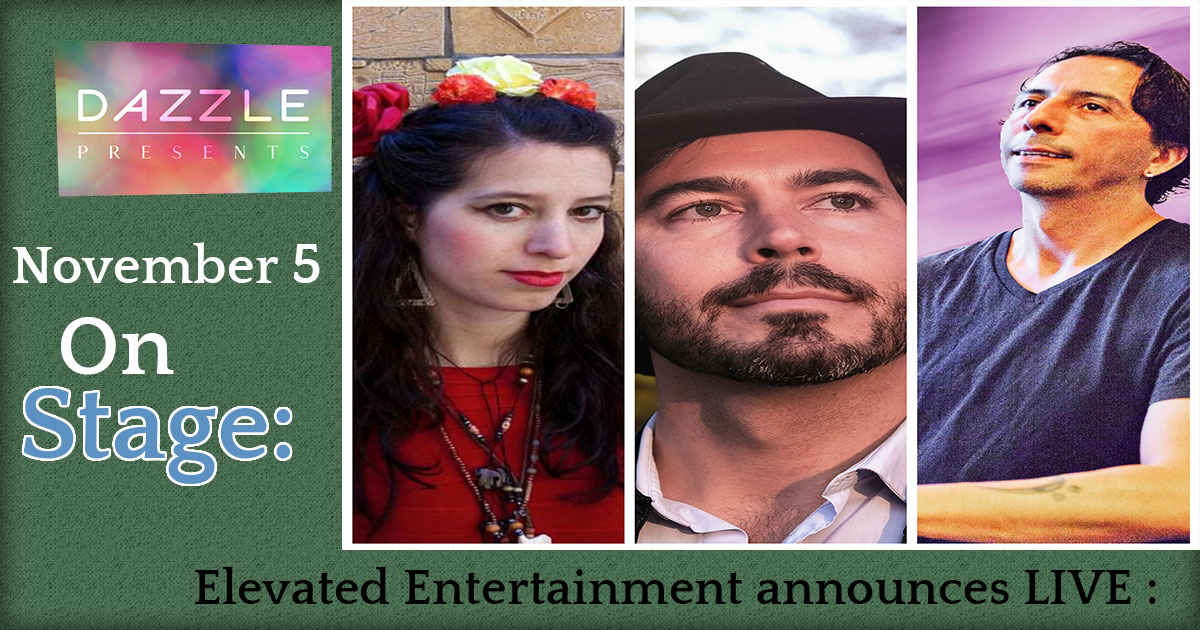 Colorado based guitarist and singer-songwriter, Daniel Ondaro has more than a decade’s worth of experience performing both original and cover material worldwide. He is currently performing solo and with his band in cities around Colorado as well as on cruise ships in promotion of his 2020 release, “Under The Gun”. Daniel’s shows include a wide range of styles including Country, Folk, Latin, Jazz and Classical music influenced by decades of North American, European and Latin American Music.

Elisa Garcia is a singer – songwriter, originally from Uruguay, who plays Latin American folk songs from Mexico, Cuba, Venezuela, down to Chile, Argentina, and Uruguay. In 2010, Elisa co-founded the Pan-American band, NuMundo, along with Daniel and other band members, bringing original songs inspired by Latin American rhythms and Americana music. She lived in Singapore from 2013 – 2016, where she continued playing her music as well as performing Brazilian samba and Portuguese fado. She also sang with salsa/Latin band Havana Social Club; performing at several jazz festivals in the region. Currently she lives in Boulder where she plays as a duo with her husband and trio with pianist Victor Mestas.

Leonardo Munoz-Corona is a percussionist from Mexico City. He has played with big names in the worlds of Salsa, Latin Jazz, and Latin Rock, touring with Jaguares, Lucero, Juanes, Willie Colon, Tom Coster and many others. Producer and musical director. He currently lives in Boulder and plays with his wife Elisa, salsa bands Chicos Malos, Quemando, Orquesta La Brava, as well as Latin jazz with Justin Adams, Gonzalo Teppa. He is also a percussionist for the CU Thompson Latin Jazz Ensemble directed by Victor Mestas.