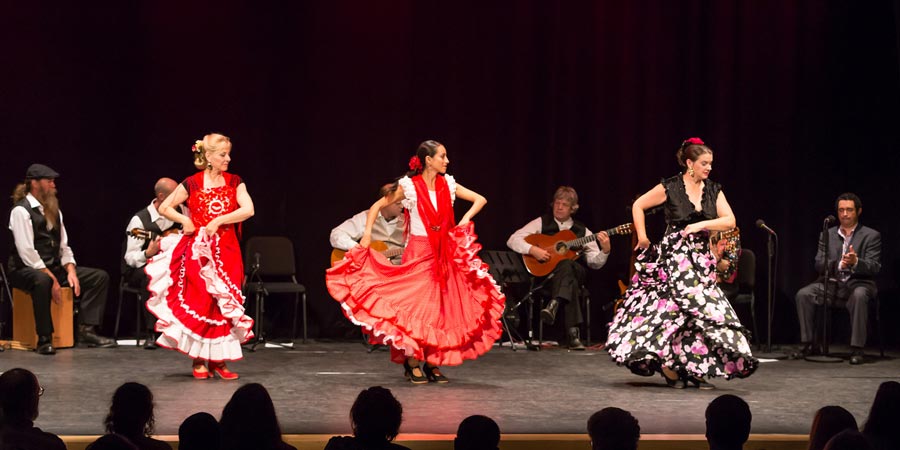 “René Heredia is a leading figure in the development of flamenco guitar and dance in the United States. He has contributed as a performer, teacher, choreographer, educator, mentor, composer and recording artist.

The Maestro has also done command performances for President Gerald Ford, President Jimmy Carter, Princess Grace Kelly and Prince Rainer of Monaco, and Prince Bandar of Saudi Arabia and Queen Noor of Jordan. As performer, teacher, choreographer, mentor, and recording artist, René Heredia is credited with bringing flamenco to Colorado and has received numerous awards, including the Governor’s and Mayor’s Awards for Excellence in the Arts.