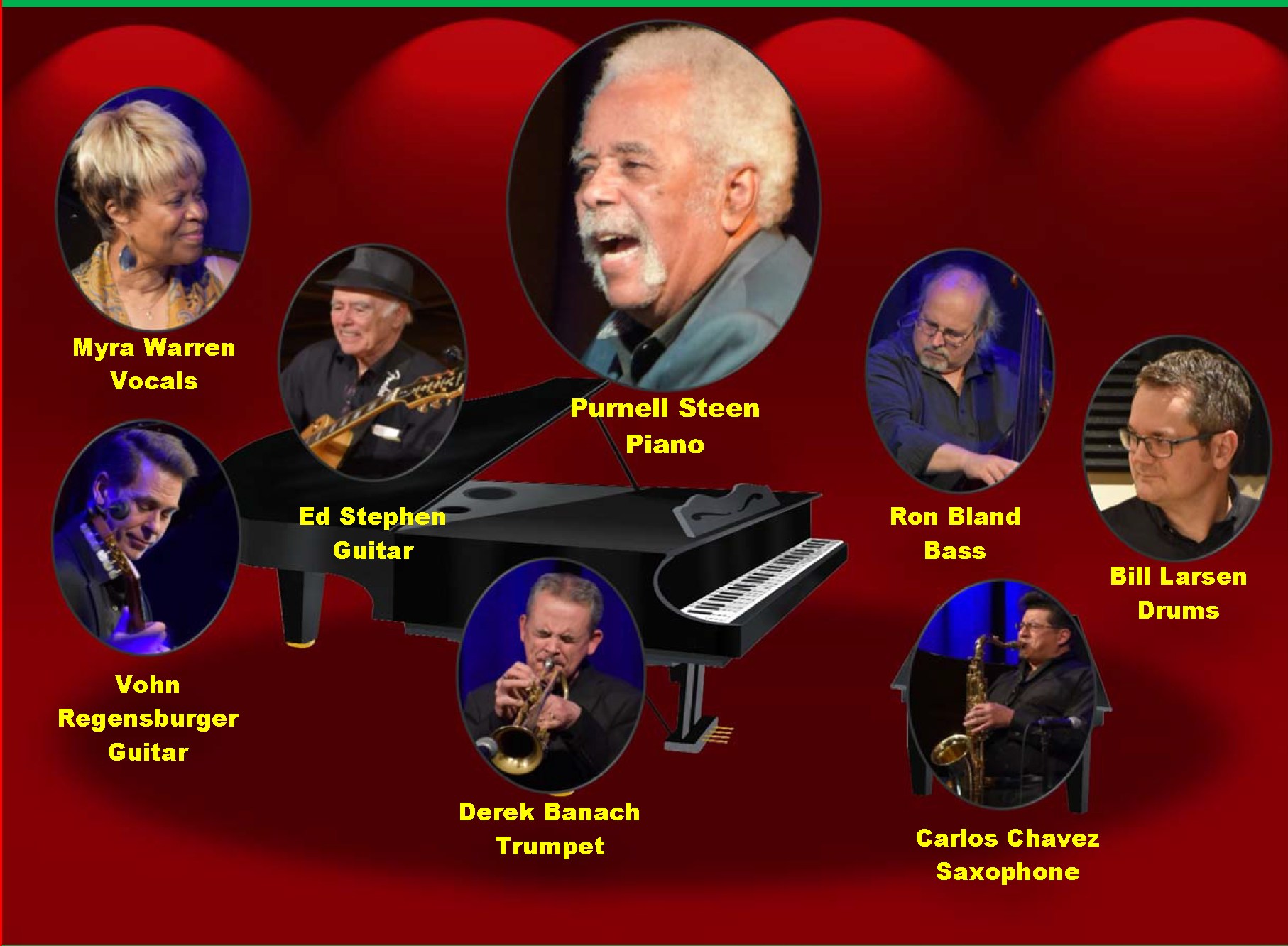 Purnell Steen and The Five Points Ambassadors (also known as LeJazz Machine) is a band dedicated to playing and preserving the music of the legendary Five Points neighborhood in Denver. The Blues-oriented Hard Bop music is basically Swing style. The scintillating Myra Warren rounds out the ensemble. For their Holiday Show, they will definitely Swing and Sway the Five Points Way.

Purnell Steen and the Five Points Ambassadors have been chosen to tour France in 2022 starting with our Sister City, Brest, and continuing throughout France. They performed for many dignitaries, and during the 2008 National Convention, played for the Clintons, and other notables. Purnell is a cousin to Eddie “Cleanhead” Vinson, George Duke, five-time Grammy Award winner Dianne Reeves, and the legendary Charles Burrell.