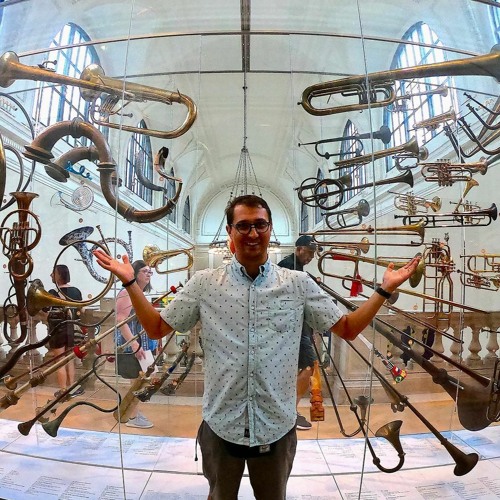 Bandleader Reid Poole is happy to be an active band leader, freelance musician, and educator in the great city of New Orleans. Reid has been influenced and inspired by the swinging sounds of New Orleans since his first trip there in 2002 with his high school band. Reid relocated to NOLA (from Colorado) after graduating with a Master’s from the Eastman School of Music and quickly become an integral part in the deeply rooted music community. Reid has played throughout the United States, Canada, and Japan as a part of the Glenn Miller Orchestra, the Ricky Sweum Quintet, and with his bands, DinosAurchestra and The Secret Six.