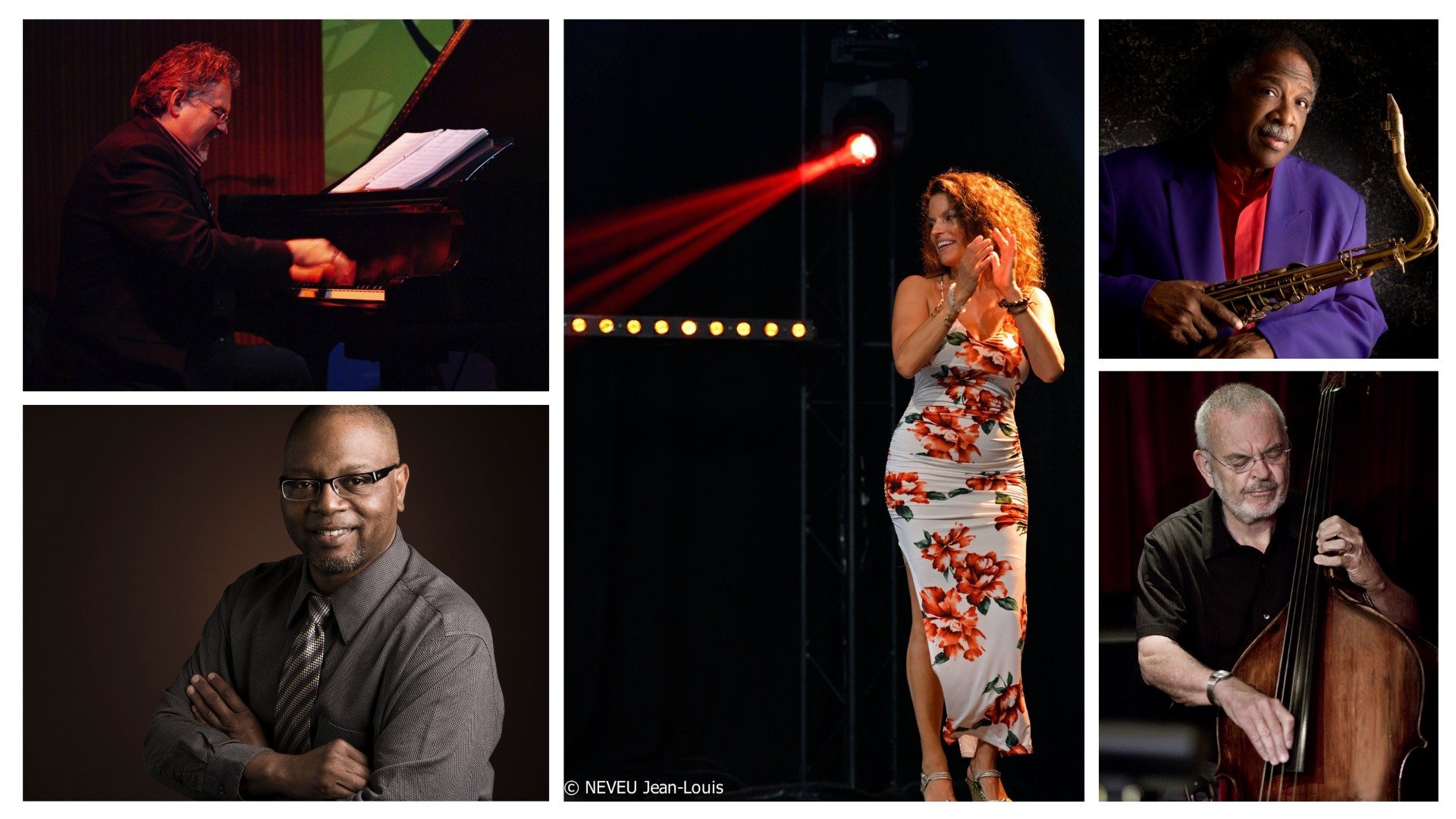 Dazzle presents this world-class and dynamic quartet, performing over three nights in April – Thursday, April 14 at 7 pm, Friday, April 15 at 6:30 pm, and two shows on Saturday, April 16 at 6 pm and 9 pm.

Italian-born, multi-Grammy-nominated vocalist-lyricist Roberta Gambarini was mentored by, toured the world, and recorded with some of the greatest Giants of Jazz. She has been twice named Singer of the Year by the International Jazz Journalists Association.

As eclectic as he is talented, Houston Person has recorded everything from disco and gospel to pop and r&b, in addition to his trademark, soulful hard bop. After years as producer and house tenor for HighNote Records and touring with the late Etta Jones, Person is now known as a master of popular songs played in a relaxed, highly accessible style reminiscent of the great Ben Webster.

Based in Denver since 1980, pianist and composer Eric Gunnison has led a distinguished career during which he has not only established himself as one of the mainstays of the Mile High City’s vibrant jazz scene as an instrumentalist, bandleader, and educator.

Universally recognized as one of the great drummers in jazz history, Lewis Nash’s illustrious career now spans over four decades. Nash is one of jazz’s most recorded musicians, appearing on over 500 recordings including 10 Grammy winners and numerous Grammy nominees.

Chuck Berghofer began playing in film, television, and recording studios, and one of his first recording gigs was backing Nancy Sinatra on the session on which she made ‘These Boots Are Made For Walkin’’. He has worked as a studio musician and in the film industry for more than 60 years, including working on more than 400 movie soundtracks.