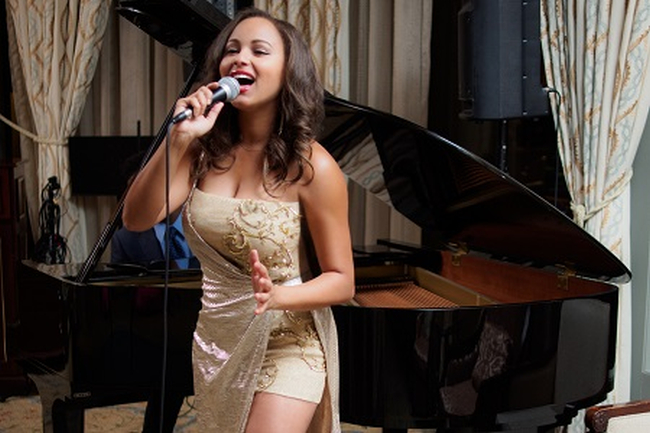 Robin Barnes: With a voice that is as powerful with a whisper as it is with a scream, Robin Barnes is ready to stun audiences, whether it be at her feature shows at the Windsor Court, Hotel Monteleone and the House of Blues, Foundation Room in New Orleans, or at shows around the world. Her most recent release, Songbird Sessions, a tribute to jazz greats and inspirations, debuted at #5 on the Traditional Jazz Albums Billboard charts and #8 on the Current Jazz Albums charts. The songstress from New Orleans grew up in a household of musicians with her family’s jazz band, The Soul Heirs, and her cousin Dave Bartholomew (who was inducted into the Rock and Roll Hall of Fame for his role in producing early rhythm and blues song), and she is honored to be the next generation of greats coming out of her city. As Robin got older and mainstream music began to take hold, Robin was able to marry the two forms of music to create her own unique blend and creating the Songbird. By captivating audiences with her renditions of popular songs and contemporary classics, she makes each show her own. Most recently, she’s been featured on ESPN, BET, Forbes, Southwest Magazine, Travel & Leisure, and Southern Living. She is a New Orleans Tourism Ambassador and was voted Favorite New Orleans Musician by New Orleans magazine, beating out other New Orleans greats. Some people were born to sing – that couldn’t be more true for Robin; there is a reason why she’s called “The Songbird of New Orleans.”

Robin Barnes and the Fiyabirds