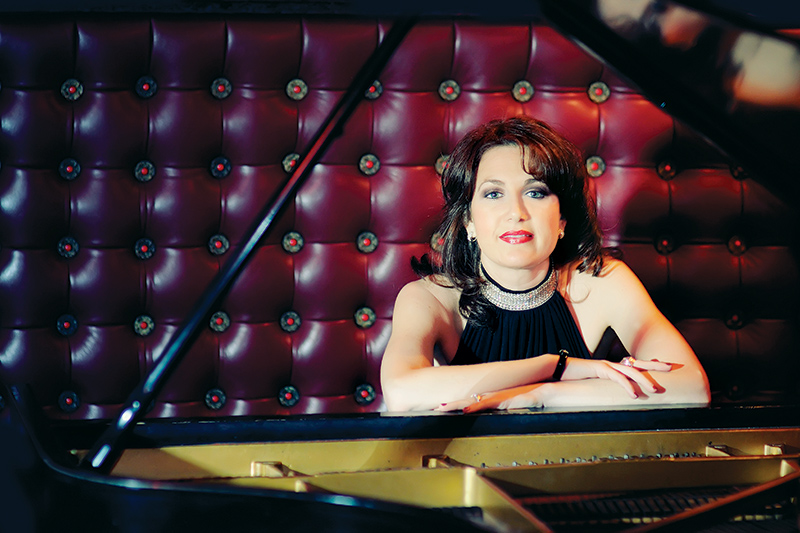 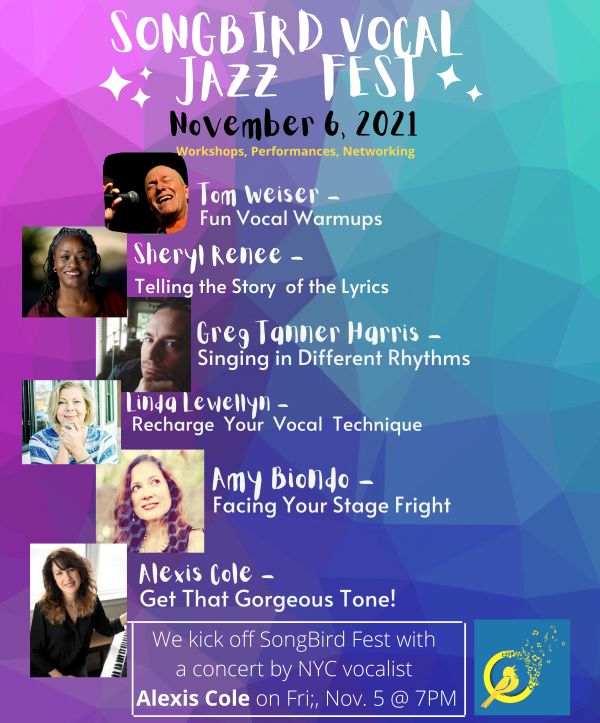 The SongBird Jazz Vocal Fest opens their festival with a concert presented by SongBird’s 2021 featured vocalist and clinician, “Alexis Cole.”

Alexis will be joined by the amazing rhythm section of Jeff Jenkins on piano, Mark Simon on bass, and Paul Romaine on percussion.

Award-winning jazz vocalist Alexis Cole may be the most talented singer to ever hold a top-secret military clearance. A dozen albums into her critically acclaimed career, she may also be the best-kept secret in jazz, a status that’s certain to change as more people are discovering her for themselves.

During her seven years in the Army’s Big Band, Cole had the opportunity to grow as a musician and a person, sharing the stage with ensembles as diverse as the New York Philharmonic and Kool and the Gang. Alexis continued recording throughout her tour of duty, releasing a string of well-received albums, including four titles for Venus, two for Motema, and two on Chesky Records. She proved her versatility on everything from jazz standards to Paul Simon’s lesser known compositions, to Disney love songs to a project on which she teamed up with a fellow serviceman 50 years her senior, the legendary guitarist Bucky Pizzarelli.

Alexis has blossomed since leaving the service in 2016, trading her uniforms and fatigues for sleek cocktail dresses and chic hats, and focusing fully on her art. Recent accomplishments include gigs at The Carlyle, Carnegie Hall, Birdland, Jazz at Lincoln Center, and the Blue Note; and performances as a soloist with prominent orchestras such as the Boston Pops and the Detroit Symphony. Alexis also recently contributed a guest turn on pianist Harold Mabern’s star-studded album Afro Blue, alongside the likes of fellow guests Norah Jones, Gregory Porter, and Jane Monheit.

On the education front, Alexis Cole recently founded the website JazzVoice.com, an online educational community featuring singing classes, professional development workshops and private lessons with some of the top names in vocal jazz. She is also in her 7th year as the director of the vocal program at the renowned conservatory at SUNY Purchase, and is a Jamey Aebersold-sponsored clinician.

As noted jazz journalist Scott Yanow points out, “Alexis Cole grows in power, maturity, and depth each year. She continues to have unlimited potential.” Whether you’re a long-time jazz fan or a newcomer to the art form, you won’t want to miss a single note from this icon in-the-making.