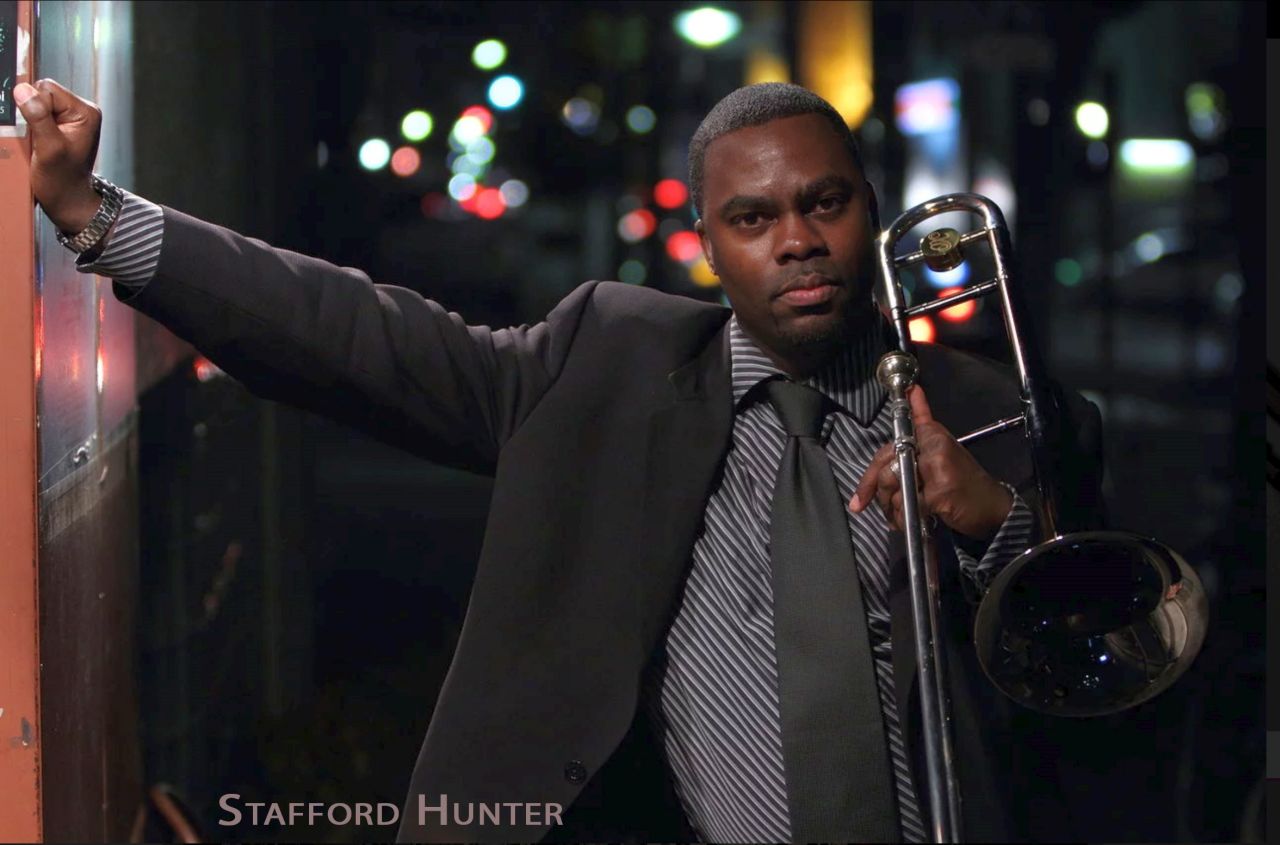 Stafford Hunter is a multi-Grammy nominated trombonist & sea shells player (and sometimes vocalist). He became a professional musician at the age of 16 and was an award winner of the “Al Grey Award for Musical Excellence.” It acknowledged Stafford as “the Most Promising Jazz Trombone Talent”. He is a graduate of the New School Jazz & Contemporary Music Program (NYC).

This is a show not to miss!

No Reservations: First Come, First Served. Caffè Sole Jazz Supper Club is an intimate venue and because we don’t take reservations and it often fills up, we recommend that you come early, get a table and enjoy an excellent meal and enjoy the show!  Seating and dinner begin at 6:00 pm and Showtimes are 7:00-9:30 pm.