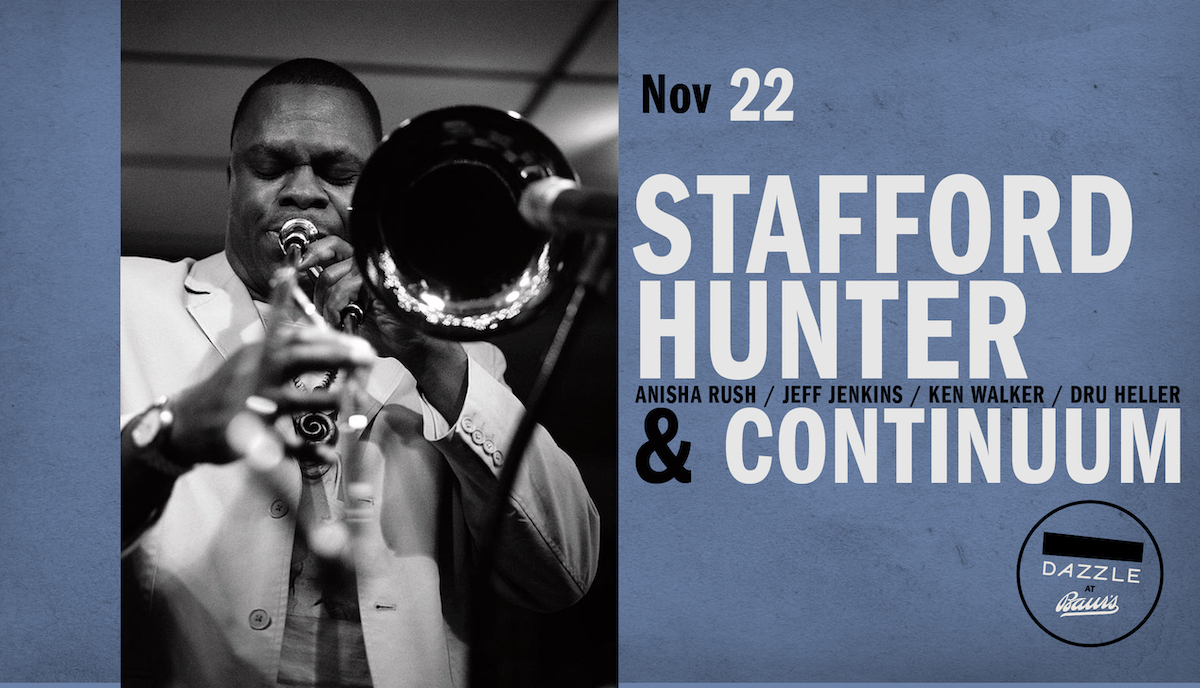 Multi-Grammy nominated trombonist, sea shells player, and vocalist Stafford Hunter is the newest addition to Denver’s ever-growing jazz scene. He’s a Philadelphia native, and graduate of the New School Jazz & Contemporary Music Program in NYC (of which, he was the first trombonist to actually graduate). After 29 years as an active performer in the NYC jazz scene, Hunter has decided to make Denver home after accepting a teaching position at University of Denver. Please help us in welcoming Stafford Hunter in his debut headlining performance at Dazzle alongside a quintet of Denver’s strongest players.