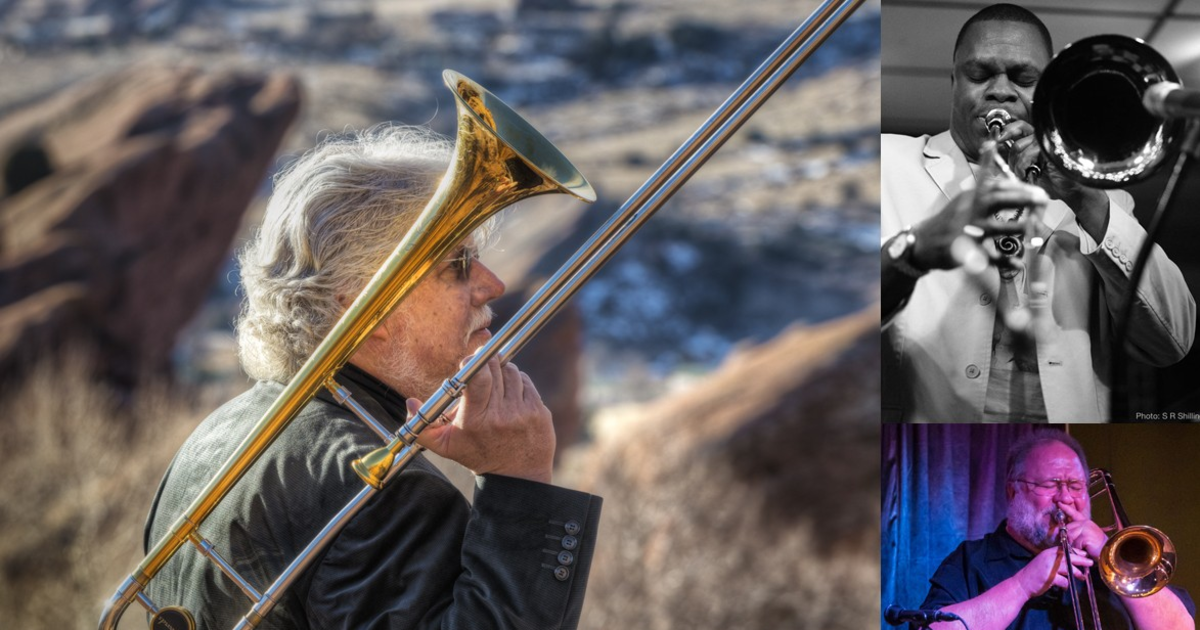 Three trombones say farewell to Prof. Steve Wiest, Co-Chair of Jazz Studies at The University of Denver’s Lamont School of Music. Steve will be retiring from DU and moving to Chicago. Let’s celebrate with a send-off fit for a trombone player. A 3-trombone night backed by some of his closest friends, fellow DU professors and bandmates. It’s gonna be epic.

Some student tix available, but must act fast!!!

Steve Wiest is a multiple Grammy-nominated trombonist, composer, author, and cartoonist. The former soloist and writer for Maynard Ferguson, Steve went on to perform on the road with Doc Severinsen and the Old Tonight Show Orchestra as well as many other artists. Steve has numerous recordings out as a leader, the most recent of which is the debut album from the critically-acclaimed all-star horn band Vinyl Hampdin: https://www.steve-wiest.com