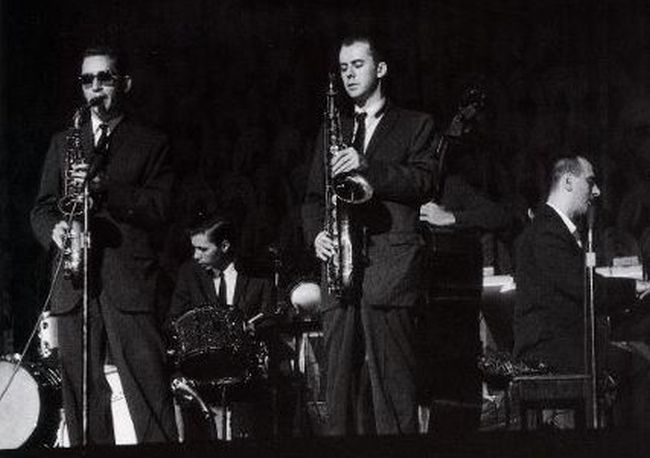 Taylor Clay and Daryl Gott present this new project that explores the sonic timbres and compositions of Lee Konitz, Warne Marsh and others who established the “West Coast” jazz sound of the 1950’s.

The interwoven sounds of Lee Konitz and Warne Marsh has left a significant and somewhat unexplored landmark in the world of jazz. Their melodic ingenuity and technical virtuosity opened a door to a fresh and modern approach to jazz composition and improvisation. The sources of their inspiration are found blended into their music. While borrowing the form and harmonic structure of an already existing piece of music (usually one from the Great American Song Book collection), Lee Konitz and Warne Marsh would then write their own original melody over that existing structure. These new melodies were heavily inspired by composers from the baroque era, such as Johann Sebastian Bach. The highly ornamented and virtuosic melodies included counterpoint, harmonized themes and demanding rhythms rarely seen in the jazz idiom at the time. This new sound of jazz which was being cultivated in the early 1950’s in Los Angeles and San Fransisco was labeled by theorists and critics as “West Coast Jazz”.

An artist fee of $18 per guest applies to this show. Reservations highly recommended!